Arsenal have announced the signing of Nicolas Pepe from French club Lille for an undisclosed fee believed to be worth £72m. 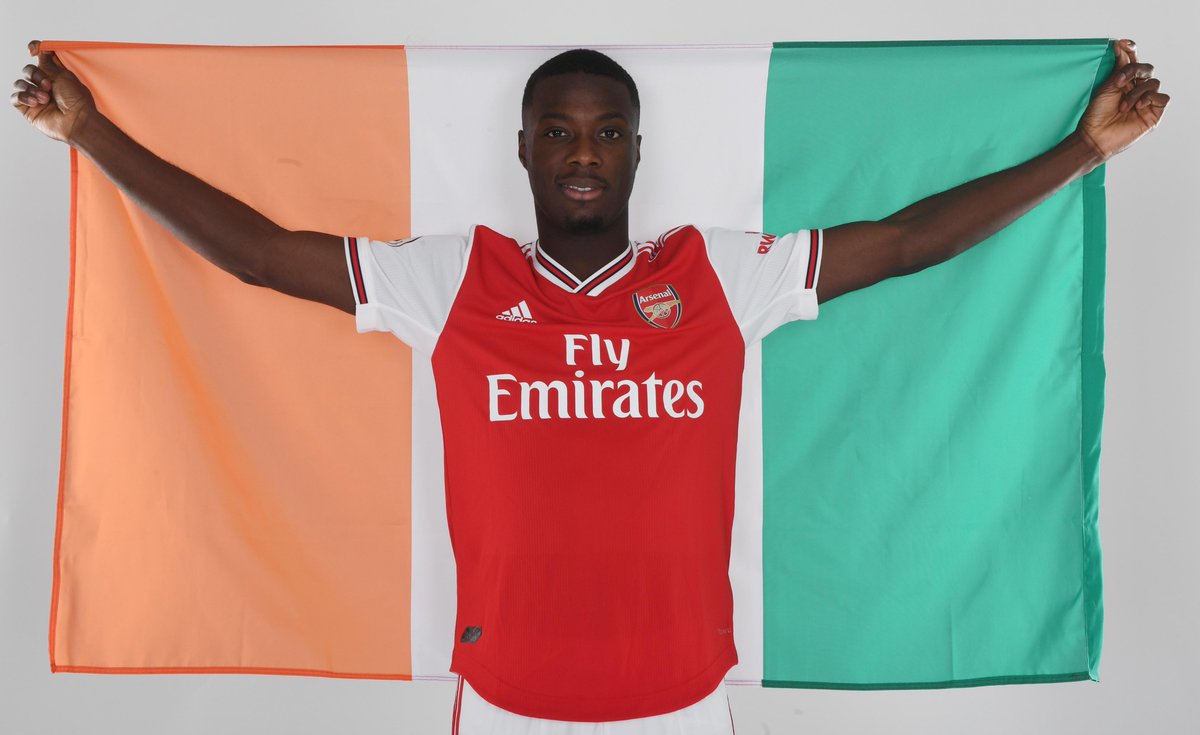 The Ivory Coast international become the Gunners’ club-record signing. However, the length of the deal was not announced but is rumoured to be for five years.

Welcome to The Arsenal, Nicolas Pepe ?

The 24-year-old has scored 22 Ligue 1 goals last term and was linked with a host of European clubs over the summer including Manchester United and Napoli.

Pepe would wear the number 19 shirt at the London club.

Arsenal begin their Premier League campaign with a trip to Newcastle United on Aug. 11.