Arsenal have reportedly expressed an interest in making an audacious move for Hull City striker Jarrod Bowen ahead of a new season, according to The Sun.

The Gunners are plotting a £12m bid to sign the 22-year-old forward, who contributed 22 goals and four assists in 46 games in the English second tier last season. 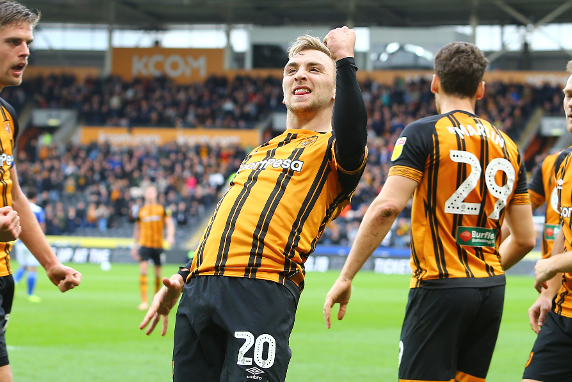 The report goes on to claim, Bowen’s performances have impressed the north London outfit and they are planning to make a bid before London rivals Tottenham Hotspur act upon their interest in the youngster.

Arsenal haven’t made any additions in the current transfer window so far as manager Unai Emery looks to adjust with a limited budget for new players.