Manchester City have reportedly stepped up their interest in signing Kylian Mbappe from Paris Saint-Germain in a world-record transfer, according to The Sun.

The Premier League champions are said to be prepared to go as high as £200m for the Frenchman, surpassing the world-record £198m the Parisians paid to sign Neymar from Barcelona last year. 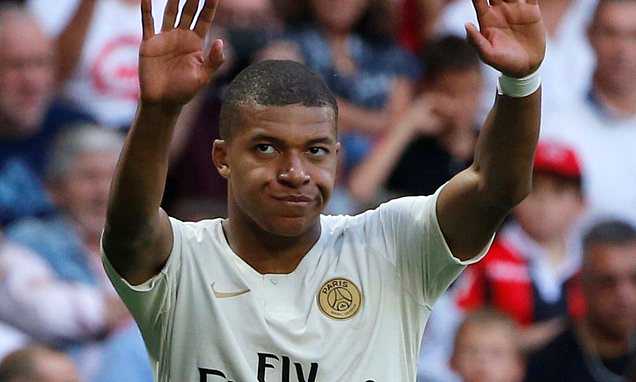 Mbappe, 19, is a long-term target for City manager Pep Guardiola, who wants the France World Cup winner in his squad for this season’s Champions League.

Guardiola believes the teenager, can take the club to Champions League glory.

The report goes on to claim that Manchester City are willing to pay Mbappe £20m-a-year in wages.