Chelsea have reportedly joined the list of clubs wanting to sign Thomas Strakosha as a replacement for goalkeeper Kepa Arrizabalaga.

It remains unclear whether the 27-year-old will request to depart Stamford Bridge this summer. 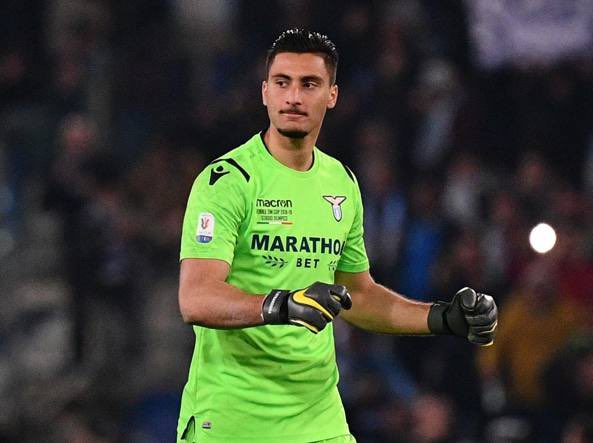 Nevertheless, the Blues are in a position where they need to consider alternatives and will be looking for value for money.

According to Fabrizio Romano, Chelsea have taken an interest in Thomas Stravosha, who has enjoyed an impressive stint at Lazio, making a total of 208 appearances during his eight-year spell at Stadio Olimpico.

However, the Albania international is ready to take on a new challenge this summer, aware that more interested parties other than the West Londoners are taking an interest in his signature.

Strakosha possesses a contract with Biancocelesti until the end of the month. Hence, the shot-stopper would be available for free – which could be a much more plausible deal.