Manchester United slap astonishing £20m price tag on Phil Jones in order to part ways with the centre-back at the midway point of the campaign, according to reports from The Sun.

The 28-year-old defender will see his contract at the Old Trafford expire at the end of 2022-23 season, but he could be looking to leave the Premier League giants as early as in January. 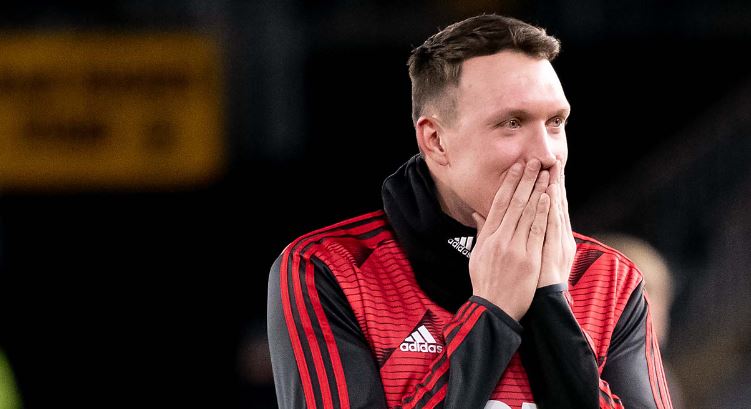 He has struggled with fitness in recent years and managed only eight appearances over the past 12 months.

The former Blackburn Rovers man, who found himself surplus to requirements at Old Trafford, has not played a single game for Man United since January.

The England defender is on £75k-per-week wages and was signed by Sir Alex Ferguson back in 2011.

Jones’s career at Manchester has stalled and it’s hard to see him getting back into the starting lineup under Ole Gunnar Solskjaer.