Manchester United are ready to pounce for the West Ham United midfielder Declan Rice by making a £70m bid in January, according to The Daily Mirror.

The Red Devils could be set to make a huge £70m bid to try and sign the England international in January. 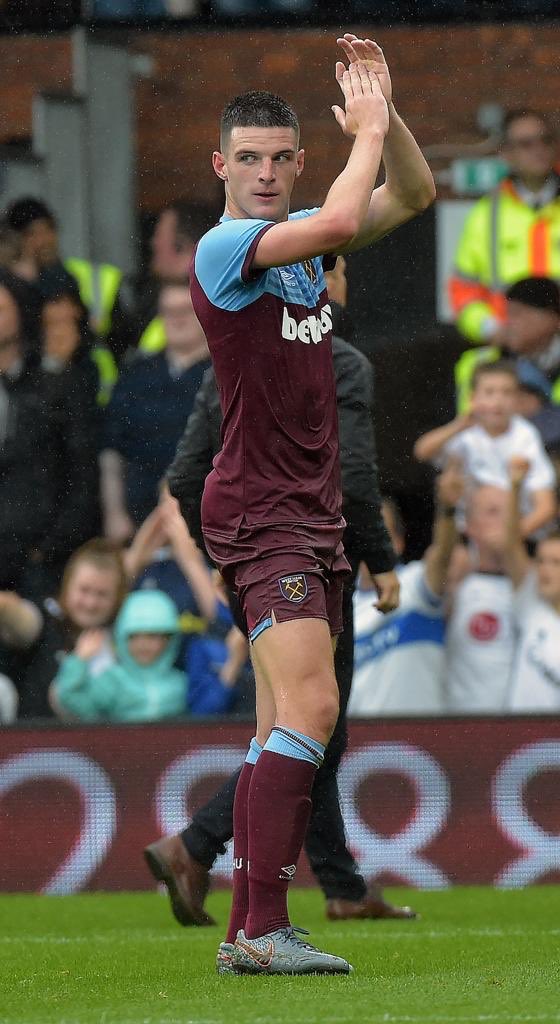 The 20-year-old is being linked with a big-money move to Old Trafford as manager Ole Gunnar Solskjaer looks to revamp his squad in the mid-season window after their poor start to the new season left them in 12th place in the table.

The report goes on to claim that United are continuing to monitor Rice’s development as the January transfer window draws nearer.

The 20-time English champions are looking to sign a new defensive option and Rice could fit the bill at Old Trafford.

However, the youngster is currently happy at the east London outfit and isn’t paying too much attention to the speculation.

Manchester United will return to Premier League action on Sunday when they host the leaders Liverpool at Old Trafford.