Liverpool have emerged as rumoured suitors for Stoke City forward Xherdan Shaqiri this summer, according to The Daily Star.

The Reds are ready to swoop for the Switzerland international in a £12m deal this summer. 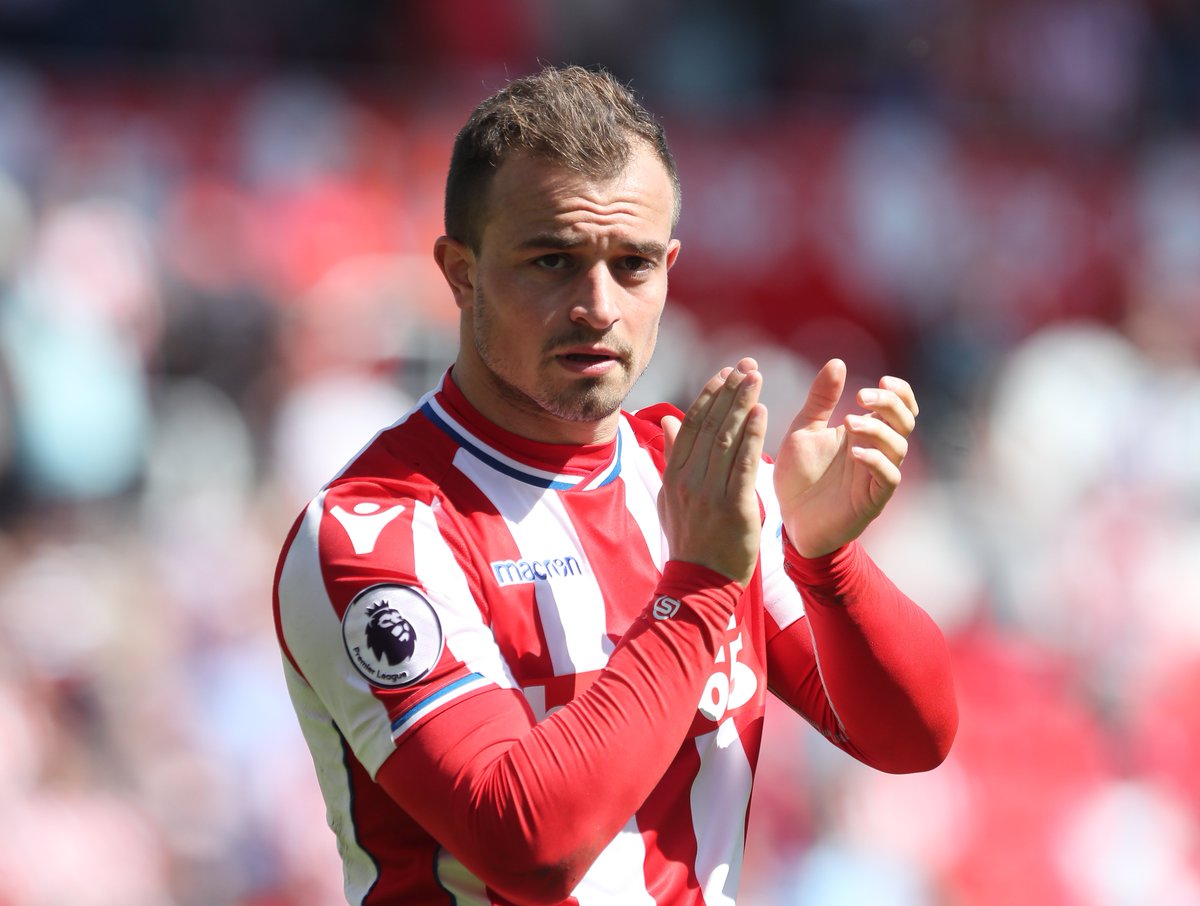 The report adds that Liverpool head coach Jurgen Klopp wants to improve their attacking options with Shaqiri to take the pressure of his front three of Mohamed Salah, Roberto Firmino and Sadio Mane.

The report goes on to claim, the Merseyside outfit will face competition from their bitter rivals Everton in the summer transfer window.

Shaqiri has notched eight goals and provided seven assists in 36 appearances in the Premier League last season as the 26-year-old playmaker was unable to help the Potters avoid relegation to the Championship.

Liverpool could be forced to wait until the conclusion of the World Cup as Shaqiri prepares to feature in the major tournament in Russia.