Chelsea are reportedly considering a move to sign Anthony Martial from Manchester United this summer, according to The Daily Mail, as quoted by The Mirror.

The west London outfit are interested in making a move to land the Frenchman ahead of next season.

A visit to bet365 bonus code will show that there are a number of interesting markets that may be worth betting on such as who will finish the season as top scorer and which manager could be the first to lose their position. The top scorer market is particularly intriguing, as there are a number of in-form strikers who look like they could lift the coveted Golden Boot prize. 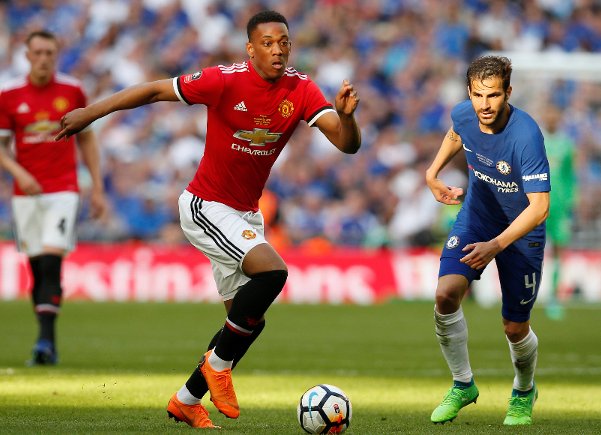 Martial’s future at Old Trafford remains uncertain due to his lack of playing time under Jose Mourinho this season.

The 22-year-old striker was limited to just 18 starts in the Premier League for the Red Devils, but still managed a score of nine strikes and five assists in the top flight.

The France international was left out of the World Cup squad in Russia due to his struggling form for the Premier League giants this term.

The report goes on the claims that Martial will be a target for the Blues, even if manager Antonio Conte is expected to leave the Stamford Bridge this summer.

Chelsea are thought to be on the lookout for a number of players this summer as they look to build a team capable of winning the Premier League title next season.