Chelsea have joined the race to sign Monaco starlet Kylian Mbappe and are ready to smash big-money transfer fee to land him this summer.

The 18-year-old is being regarded as one of the greatest youngsters around Europe following a successful season which saw him score 23 goals in 41 appearances for the Ligue 1 champions. 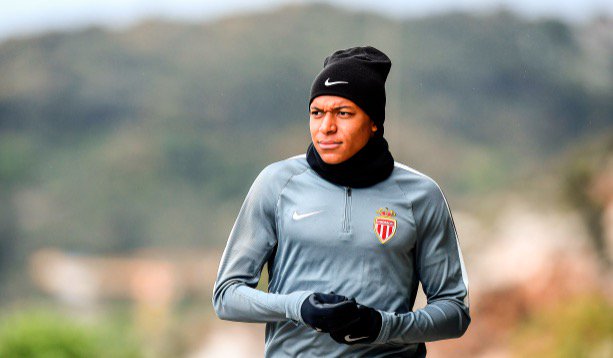 The FA cup champions Arsenal have been linked with a world-record £122m bid last week, while Manchester United and Real Madrid are also thought to have made similar offers in order to secure the teenager’s signature.

According to French outlet Le 10 Sport as quoted by The Sun, the Blues are the latest club to make contact over Mbappe and may start talks with Chelsea boss Antonio Conte following France’s friendly with England next week.

It is understood – Chelsea manager Antonio Conte will be in the market for new strikers this summer after rumours suggesting Diego Costa could leave Stamford Bridge.

Despite reported interest in Mbappe’s services, the Frenchman is said to prefer to remain at Stade Louis II.