Manchester United midfielder Ander Herrera believes his team cannot catch Chelsea this season and their title race is effectively over.

“At the moment, Chelsea are many points ahead and, to be honest, we have to think about second place right now,” Herrera told his club’s official matchday programme for their game against Hull City.

United are currently sixth in the table, trailing league leaders Chelsea by 15 points with only 16 more games remaining. However, the Red Devils are six points behind second-placed Tottenham Hotspur, hence Herrera has set his sights on a more achievable target. 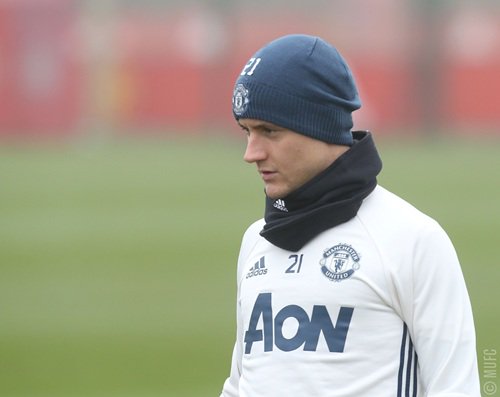 “We’re six points behind second spot and, in the Premier League, anything can happen in two weeks. Any team could be second, third or sixth,” he added.

Herrera’s concession of the title is in contrast to the expectations at United at the start of the season. Multiple Premier League title winner Jose Mourinho’s arrival sparked title hopes, but mixed results throughout the campaign have meant the Red Devils have lagged behind Chelsea and the other top six clubs.

Despite that, United have a chance to sneak into one of the top four places that guarantee Champions League football, should they continue their impressive recent form.

The Red Devils are in the midst of the league’s longest current unbeaten run of 13 games, but that run best describes the season the club have had. Of those 13 games, only seven have seen United emerging victorious with the other six games ending in draws.

That, though, doesn’t explain how dominant United have been in recent games, and with the likes of Liverpool and Arsenal stumbling, the door is open for them to still make something out of this league campaign.

As Herrera said: “We just need to win and try to get into the top four as soon as possible, but we should have our minds focused on the fact that we can be in second place soon,” United will have one eye on second place in what remains of the season. The Red Devils are in the EFL Cup final, and their FA Cup and Europa League campaigns are very much alive.

With Mourinho settling in at the club in his first season, a cup win coupled with a second-placed finish will be hugely acceptable for United, given how far they had fallen in the post-Alex Ferguson era before the Portuguese’s arrival.