With the likes of Jack Harrison recently moving across the pond on loan, the credibility of the competition is on the rise. Better players are making the journey earlier, with Jordon Mutch one of the latest players coveted by English sides to have a spell in the MLS.

One player who seemingly defies the usual model is Mo Adams, a former Nottingham Forest trainee whose story is remarkable.

His family escaped war-torn Eritrea and sought solace in the United Kingdom, where he was scouted by Nottingham Forest as a child. He later moved to Derby County, where he played with Mason Bennett, the striker who bagged a wonder goal earlier this month.

As is the case with many young players, he was released by the Rams and later had an injury curtail a trial with Blackburn Rovers. Instead of giving up, Adams went to National League North side Boston United.

In the sixth tier of the English game, he looked to be treading a well-worn path to part-time football and a full-time job elsewhere. Disillusioned with life, he recalled his Derby days and talk of a university scholarship in America.

That inspired him to try a new approach. After signing with Vertex Soccer, an agency looking to place rejected youngsters with American universities, he played in a trial game and came out with many offers. He joined Syracuse University and that led him to the MLS and Chicago Fire.

The box to box midfielder had gone from playing at York Street in Lincolnshire to becoming a teammate of World Cup winner and footballing legend Bastian Schweinsteiger.

On his debut, he partnered the German in the middle of the park as Fire sprang a surprise win away at New York Red Bulls. Bradley Wright-Phillips, another success story from England, netted the only goal for the hosts.

The 22-year-old has now made 10 starts for Chicago, coming off the bench on a further five occasions. Whilst he wasn’t in the first team for the recent opening season match against LA Galaxy, he’s certainly hoping to make a further impression this season. 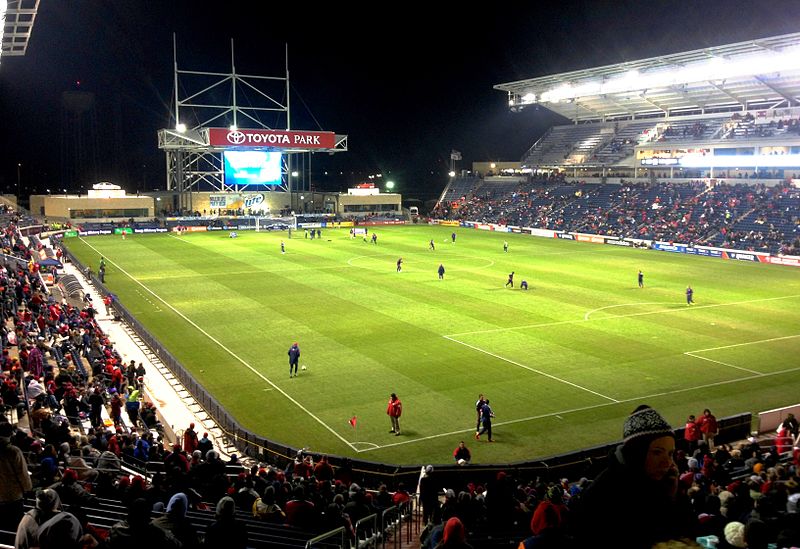 The opening game saw another legend, Zlatan Ibrahimović, bag for Galaxy as they recorded a 2-1 win. Zlatan made his name in Italy and there’s little doubt if he were still playing for Milan, they’d be serious prospects for the title in the latest Serie A betting, such is his ability even at 37.

As more players flood across to the MLS looking for experience and a different challenge, the overall quality will continue to rise. Michael Mancienne and Nedum Onuoha could easily have secured contracts in the Championship, but chose instead to sample the delights of America.

Even so, the story of Mo Adams truly stands out as inspirational and unique. From part-time football to partnering a World Cup winner, all in the space of a couple of years.

If he continues to succeed, it’s bound to have Hollywood taking note.