Chelsea defender Marcos Alonso is reportedly the subject of interest from Real Madrid manager Julen Lopetegui, according to the Spanish outlet Don Balon.

The European champions have already spent huge to bring in right-back Alvaro Odriozola during the summer transfer window and now intend to reinforce on the opposite flank and will look to Chelsea’s Marcos Alonso.

The report claims that Alonso has been identified as a solution to Los Blancos’ leaky defence, while also boasting the ability to score goals. 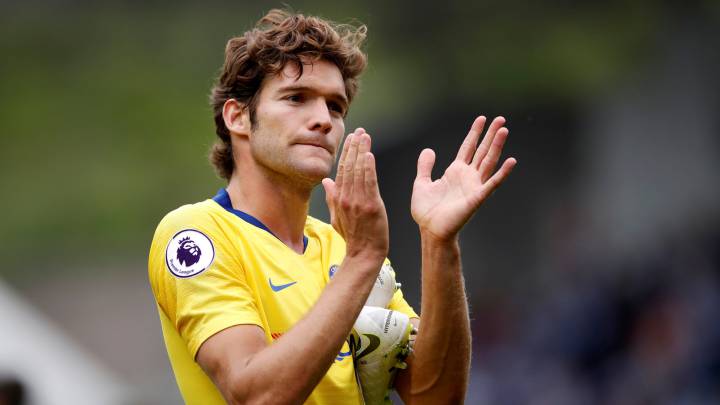 The 27-year-old, who began his career with Madrid but made just a single appearance for the Spanish giants before moving to Bolton Wanderers, Fiorentina and then Chelsea FC.

However, the report goes on to claim that the west Londoners will knock back Madrid’s approach as they are unable to bring in a replacement.

The Spain international could be tempted by Madrid’s interest given the full-back could feature for the Champions League holders in Europe’s elite competition.