Eden Hazard is a supreme talent, there’s no doubt about it. The Chelsea man is by far and away the most gifted player in Antonio Conte’s squad and the Blues will be determined to keep Hazard at Stamford Bridge for the rest of his career. But that isn’t necessarily plausible, especially if Real Madrid come knocking. According to reports, the La Liga outfit are eyeing up a move for the Belgium winger and Real will be confident of getting their man.

Zinedine Zidane’s side have struggled to inspire confidence in Spain’s top flight this season and it wouldn’t be a huge surprise to see Florentino Perez and the Real board act. If Madrid appoints a new manager, they are likely to push for a marquee signing – and Hazard certainly fits the bill. WhoScored figures show that the Chelsea man has been directly involved in 11 goals (nine scored, two assists) in 22 Premier League matches in 2017/18. 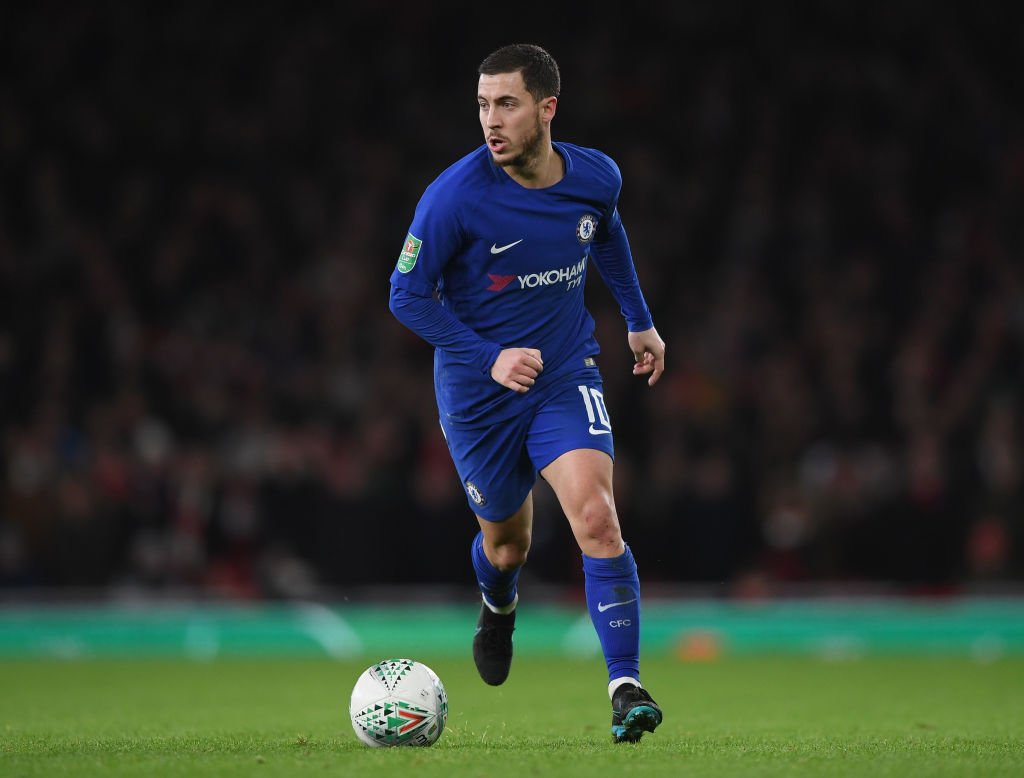 If you believe the news, Mauricio Pochettino is said to be Real Madrid’s primary managerial target to replace Zidane. The Tottenham Hotspur boss has received plenty of plaudits for his role in transforming this Spurs side into one of the most attractive teams to watch in world football. Based on Heung-Min Son’s performances for Spurs, Hazard would flourish in that kind of role under Pochettino in Spain.

Should Madrid tempt Pochettino away from Spurs, much of focus will be on Harry Kane’s proposed move to Santiago Bernabeu. The England striker has scored 22 Premier League goals so far this season; averaging a strike every 97 minutes of top-flight football. However, you could argue that signing Hazard may be more important than a striker as Real look to find Cristiano Ronaldo’s successor.

Like Real, Chelsea have also had their struggles this season. At the time of writing, the Blues are fourth in the Premier League table but Spurs and Arsenal are both breathing down their necks. Chelsea’s best chance of a trophy this season may be the FA Cup – the west London outfit take on Championship side Hull City in the fifth round. As of February 10, Chelsea are priced at 7/2 to win England’s oldest club competition and punters will be hoping that Hazard can carry them to glory.

Ronaldo isn’t getting any younger; the Portugal star celebrated his 33rd birthday at the start of February. His decline has been clear for all to see in 2018 and it may be time for Real to think about moving on. Gareth Bale is a world-class footballer but he would struggle to lead Madrid on his own. Karim Benzema, the spearhead of Real’s attack since 2009, could also be on his way out of the Bernabeu – Los Blancos must be effective in the transfer window or risk falling further behind Barcelona.

Eden Hazard is the finished article; the Chelsea man is one of the most sought-after players in European football. Capable of turning a match on its head in the blink of an eye, Real will be keen to acquire the Belgian star before the end of the summer. Whether it is Pochettino at the helm or somebody else, Hazard is going to be one of Madrid’s top priorities this year and he could shine at the Bernabeu.