Non league clubs have made it known on social media that they are interested in signing former Aston Villa player Gabby Agbonlahor.

The retired striker, who played 11 seasons in the Premier League and four in the Championship, could be about to return to playing again.

He took to his Twitter account, tweeting that he is tempted to come out of retirement at the age of 34, the play for the love of the game.

Gabriel played as a striker in the Premier League and English Football League for Aston Villa, Watford and Sheffield Wednesday.

He wrote on his social media account: “Been told to come out of retirement should i for a couple years for abit of fun? I’d sign anywhere for zero wages just for love of game let me know.”

Been told to come out of retirement should i for a couple years for abit of fun? I’d sign anywhere for zero wages just for love of game let me know ??

Bizarrely, he chose to reject signing for two National League clubs, as revealed by the man himself in an interview seven months ago. View that HERE.

He is a product of Aston Villa’s Academy, and made his first-team debut in 2006 following loans to Watford and Sheffield Wednesday.

He made over 300 Premier League appearances for the West Midlands club. With 73 goals, he is Aston Villa’s all-time leading Premier League goalscorer, having scored in 11 consecutive league seasons.

Formerly a regular with the England under-21s, Agbonlahor made his senior international debut for England in 2008 and earned three caps.

Agbonlahor does have some sort of an international career, ok it was three matches for the first team but it would have gone down as one of his most memorable moments. 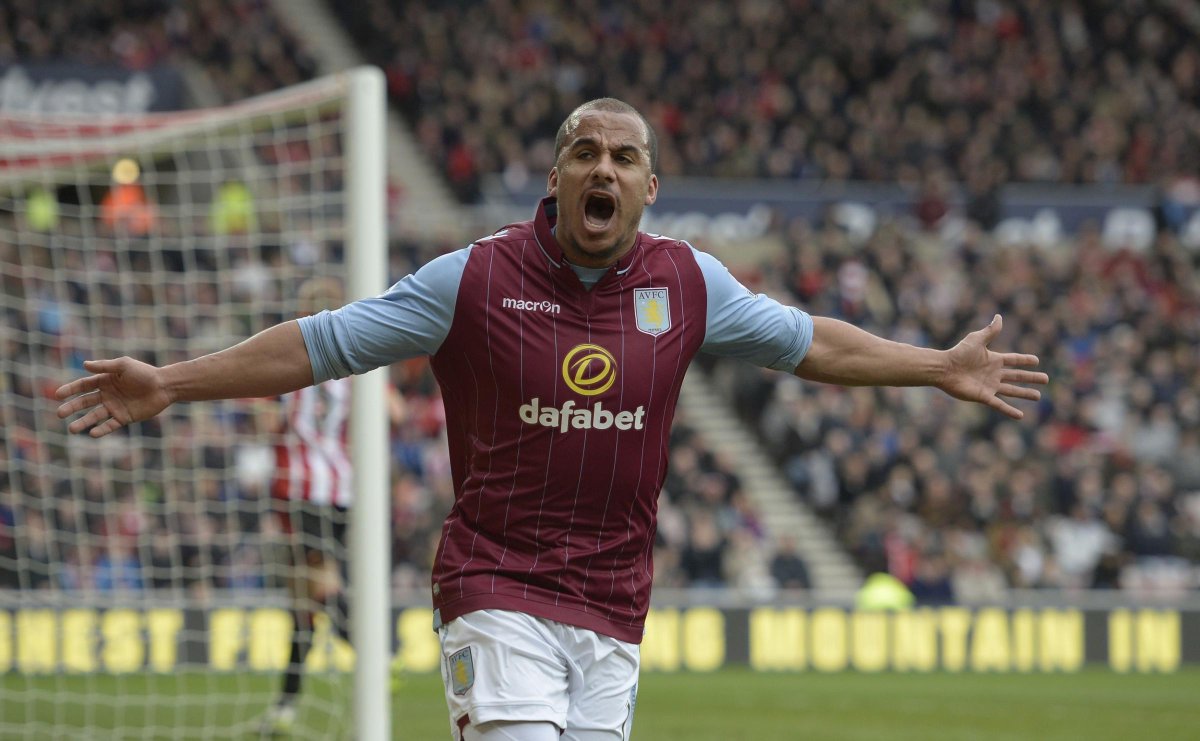 His ancestry qualified him to play for Scotland or Nigeria at the international level, but he chose to play for his homeland of England.

On the 20th of September 2006, Agbonlahor was pencilled in as a player in the Nigeria under-20 team for the match against Rwanda. He rejected the call, whilst not ruling out playing for the country in the future, but subsequently pledged his future to the Three Lions.

Eight days later, Agbonlahor received his first call-up to the England under-21 team, and won his first cap as a substitute against Germany on the 6th of October.

Agbonlahor was then omitted from England’s 2007 UEFA European Under-21 Championship squad, by manager Stuart Pearce, on the 30th of May 2007, as a result of missing the England U21 training camp in Spain.

Agbonlahor was later recalled to the team in September 2007 and netted his first goal for the under-21s, by scoring the second in a 3–0 victory, against Montenegro.

On the 1st of February, Agbonlahor was named in Fabio Capello’s 23-man England squad to play Switzerland in February 2008, however a hamstring injury forced him to withdraw from the match.

Agbonlahor was also an unused substitute in England’s respective 2–0 and 3–0 friendly victories against the United States and Trinidad & Tobago in May–June 2008.

On the 15th of November 2008, he was called up to Capello’s squad for the upcoming match away to Germany, joining three other Aston Villa players in the squad: Ashley Young, Curtis Davies and Gareth Barry.

A few days later, he was named to start against Germany. He played for 76 minutes, had a goal disallowed and received high praise from John Terry, the latter describing him as “a nightmare to play against”.

On the 11th of February 2009, he was in the starting lineup against Spain, where he played for 75 minutes before being substituted for debutant Carlton Cole.

He made his first appearance in a competitive international on the 14th of October 2009, playing 66 minutes in the 3–0 win over Belarus in the last match of qualification for the 2010 World Cup. He was last called up to the squad in November 2011.

Agbonlahor hung up his boots after being released by the club in 2018, ending a 13-year-relationship with the team he supported as a boy.

“The reason I finished so early, I don’t know if it was because I started so early but my body didn’t feel the same,” Agbonlahor said.

“If I played a game on the Saturday, by Tuesday I still couldn’t walk. The other players would be able to train and I would be like ‘Wow, I can’t even walk here’.

“It took its toll, my body just letting me down physically. I was getting a lot of injuries and wasn’t as fast as I used to be.

“My game relied on a lot of speed.

“When I left Villa it was more ‘My body is letting me down, I am not as quick as I used to be, maybe now is the time to stop’.

“And ‘Do I want to play for another club? Not really, no’. After being at Aston Villa for that long.

“Some players will play until their legs don’t work any more, 37, 38 but for me it was like ‘I don’t want to play for another club’.

“There wasn’t a chance to play for Aston Villa any more so it like ‘That’s it’.

“It was not easy, it was tough but with such a close family it was not an option to go abroad – there were offers abroad.

“To stay in England the offers I was getting I might have to play against Villa in the Championship.

“It wasn’t something I could see myself doing, to pull on another shirt and try and give 110 per cent in that shirt, it wasn’t an option.”

Gabby Agbonlahor has revealed he turned down offers to continue in the Championship – because he couldn’t face playing against Aston Villa.

Fast forward to today an he’s making appearances as a pundit and reporter on Sky Sports News, however we all know how badly he’s getting on. Find out for yourself HERE.