Since moving to Stamford Bridge in 2013, the 28-year-old has established himself as one of the Blues’ key men with 29 goals in 175 appearances in all competitions, but he hasn’t been regular under Antonio Conte this season. 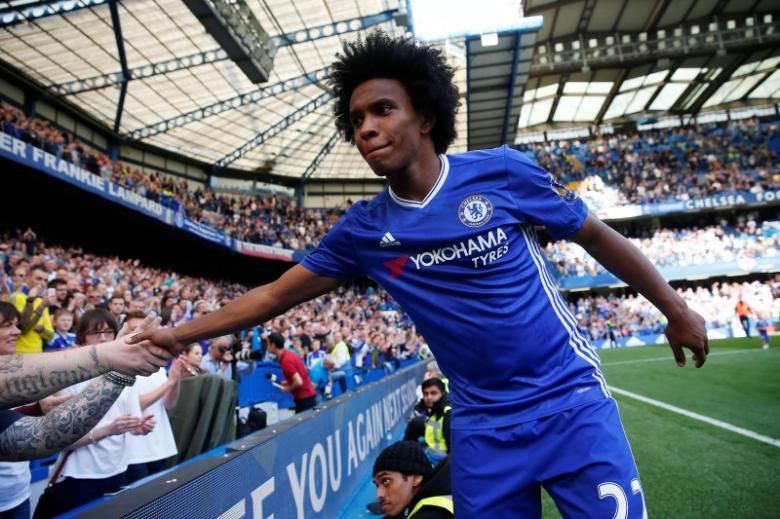 According to ESPN, United boss Jose Mourinho is confident that he can tempt the west Londoners into a sale with a big-money offer in the summer transfer window.

With the Red Devils facing a fight to make into a top-four place in the Premier League, the Portuguese manager is already targeting a number of players ahead of the next season and it appears that Willian is on his wishlist.

The Brazilian, who has four years left on his existing deal at Stamford Bridge, featured in 29 of Chelsea’s 33 league fixtures this campaign.