Chelsea are lining up a swoop for Roma midfielder Radja Nainggolan.

The west Londoners have been heavily linked with a move for the Belgian winger in recent months but the Serie A outfit are said to be holding out for a fee close to £31m.

According to The Mirror, the Blues have already had two bids rejected and now the English club will test Roma’s patience once more by making a final and third bid this week.

Incoming Chelsea manager Antonio Conte has made the 28-year-old his prime target for this summer as he looks to bolster a squad capable of challenging for the Premier League title. 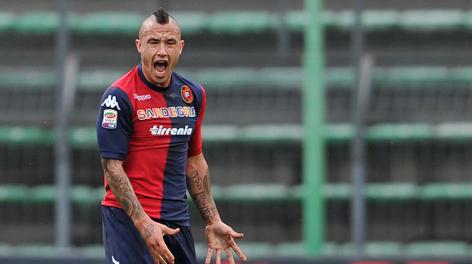 However, Giallorossi boss Luciano Spalletti insisted last week that Nainggolan will not leave the club, “Radja is a man of his word and he promised me he will stay,” Spalletti said.

“I spoke to him and he seemed enthusiastic about continuing to give us his contribution next season.”

Nainggolan is currently on an international duty at EURO 2016, having scored six times and created 42 chances in 35 league appearances for Roma last season.