According to The Athletic, Manchester United won’t be pursuing the services of Bayern Munich defender David Alaba due to the player’s significant wage demands. The Austria international has spent his entire career with the Bavarian giants, but could be on the move in six months’ time when his contract expires.

Alaba has been an integral part of the Bayern setup for the past decade and over the past 12 months, he has vacated his left-back role to become a regular at the heart of the defence. His partnership with Jerome Boateng was pivotal during the second half of the previous campaign as Bayern won the Bundesliga, DFL-Pokal and Champions League treble. 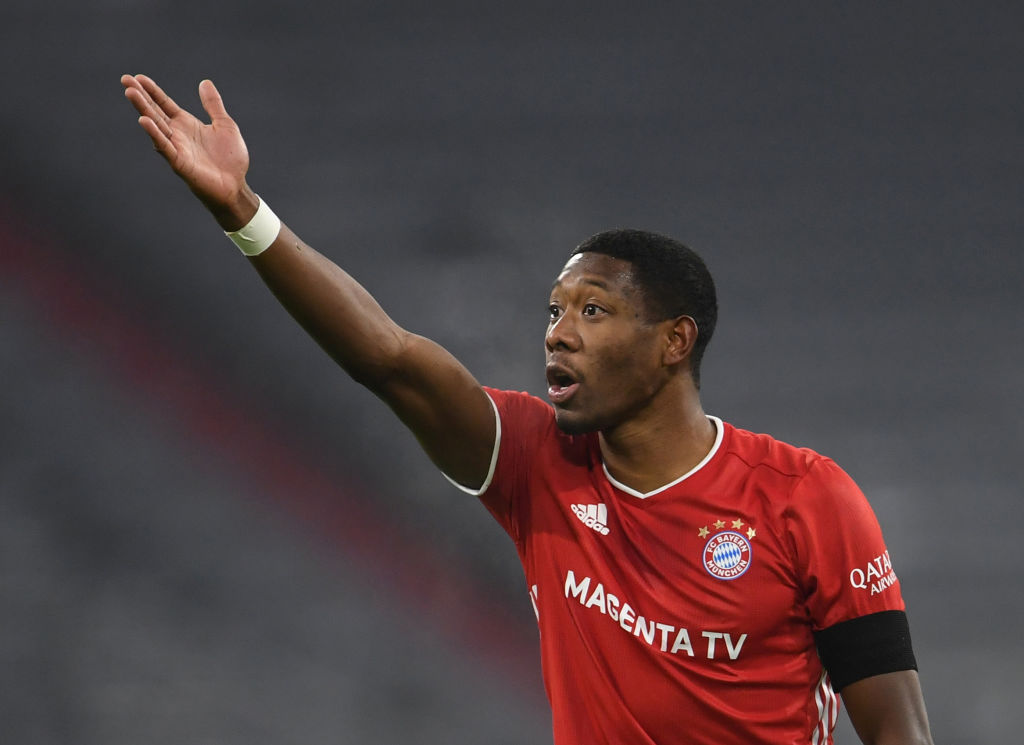 Hence, they are keen on keeping hold of him, but so far, he has turned down their £200,000-a-week offer and would be free to negotiate a pre-contract with an overseas club next month. United have been named as one of the candidates interested in Alaba alongside Real Madrid and Manchester United blog RedRants (amongst others) has been vocal about the need to sign experience and quality in defence. However, it seems that the club won’t be making contact with the player.

United boss Ole Gunnar Solskjaer wants to maintain a squad of balanced earnings and Alaba’s salary demands are beyond the scale set by the Norwegian. Hence, it is claimed that Los Blancos would be favourites to sign him as they are prepared to meet the wage requirements of the 28-year-old ahead of a Bosman move next summer.

Still, United may move for a new central defender next year with the pairing of Victor Lindelof and Harry Maguire continuing to remain inconsistent. There have been questions raised over the displays over both players and it has been suggested that the club could push for a fresh competitor. That appears unlikely to happen in January with the hierarchy reluctant to do any business until the end of the campaign.

The Mancunian giants have experienced a stop-start campaign this term and they have already been eliminated from the Champions League. In the league, they have fared better as they are only five points behind leaders Liverpool with the game in hand, but there have been multiple games where they have had to come from behind to pick up wins amid the uncertainty at the back.