Manchester City have announced the signing of Ferran Torres from Valencia.

The Spain Under-21 international has put pen to a paper on a five-year deal which will keep him at the Etihad Stadium until 2025.

The winger becomes Pep Guardiola’s first signing of the summer as a replacement for Leroy Sane, who move to Bayern Munich earlier this summer. 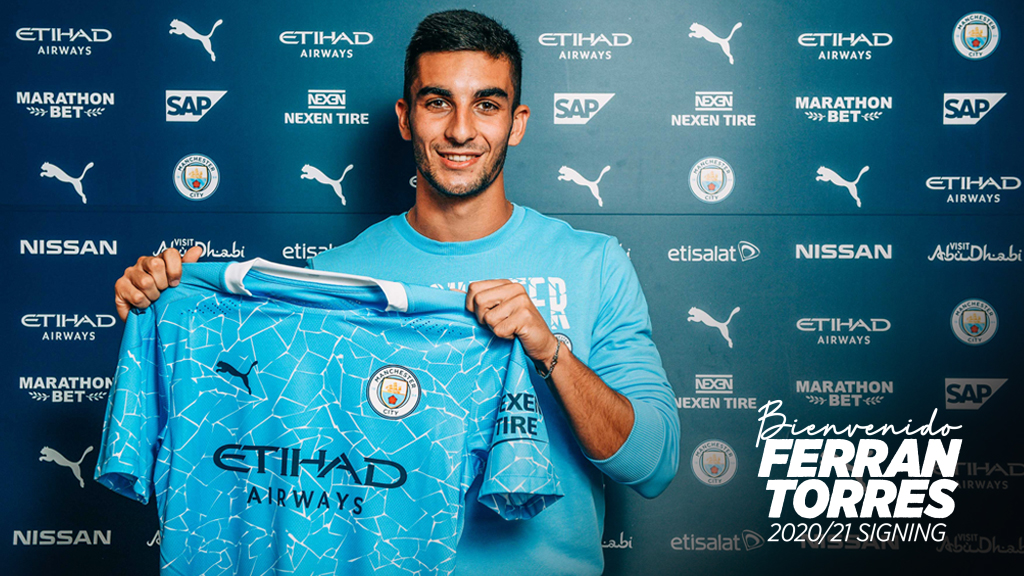 “I am so happy to be joining City,” Torres said. “Every player wants to be involved in attacking teams and Manchester City are one of the most attacking in world football.

“Pep encourages a really open, aggressive style, which I love, and he is a manager with a proven track record of improving players. To have him overseeing my development is a dream.

“City have won plenty of trophies in the last 10 years and I hope I can play a role in continuing that success.”

Torres has contributed six goals and eight assists in 44 appearances across all competitions this season.

The Citizens are also expected to complete the signing of Bournemouth centre-back Nathan Ake in the coming days.