As we get closer to Qatar 2022, we started wondering which of the thrilling World Cup moments do people love reliving the most?

How many times have you searched World Cup highlights on YouTube? Well, you’re not alone! As we get closer to the World Cup, people are reliving their favourite goals on YouTube. This is why Ticket Compare gathered data for all the top world cup goals and ranked them based on YouTube Views to showcase the best World Cup goals of all time. 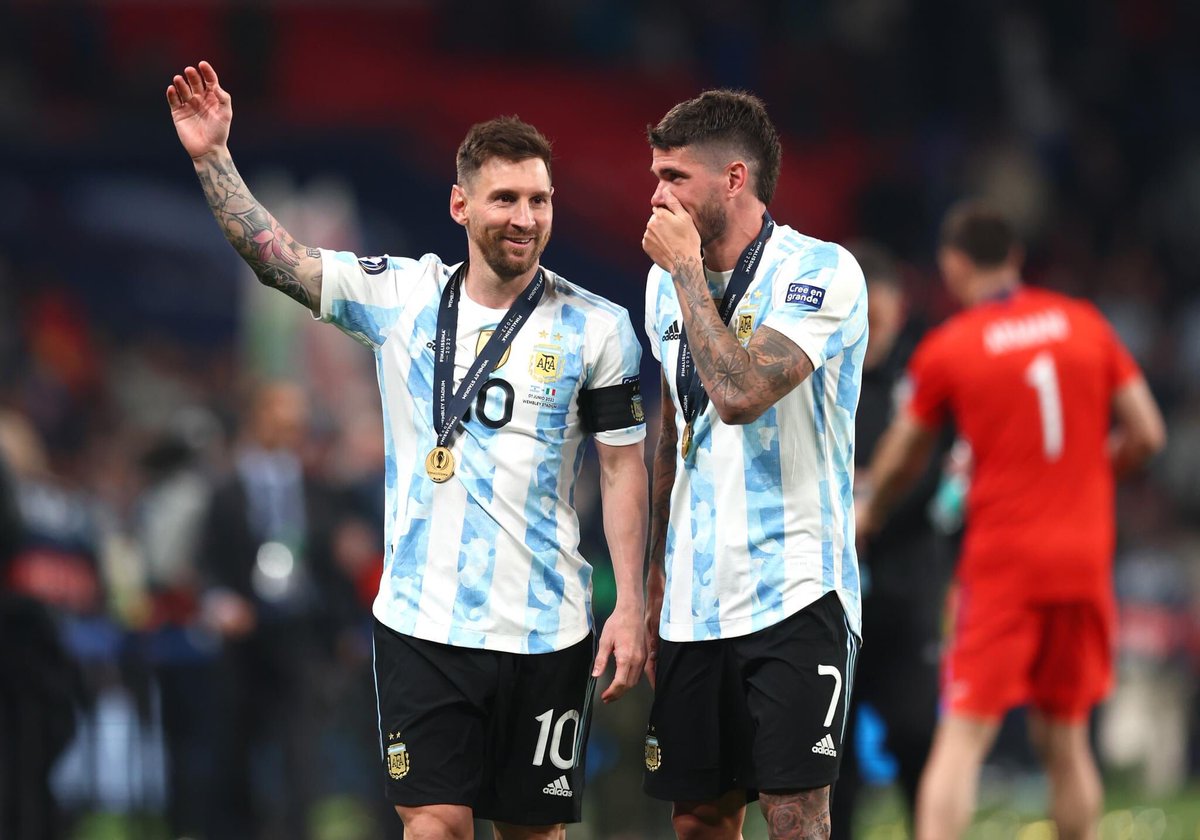 Ticket Compare have also written an article talking about the top 20 goals and created an infographic to summarise the findings and viewership numbers.

The data showed that the following were the most viewed World Cup Goals on YouTube.

A brilliant demonstration of how to move the ball up the field with 24 uninterrupted passes that end with a beautiful backheel assist from Crespo to Cambiasso to finish it off making it 2-0. Argentina would end up winning the game 6-0.

A marvellous outside-the-box shot by Coutinho curls into the top corner to put Brazil 1-0 against Switzerland. That was not enough to seal the win as the group stage game ends in a 1-1 draw.

A great pass from David Beckham is controlled brilliantly by Owen to set himself up for a sprint towards the goal, beating two defenders and the keeper to make it 2-1 to England.

Unfortunately, the brilliant goal was not enough as Argentina ended up winning the game 4-3 on penalties.

Where many football players would pass to the wing or cross the ball into the box, Giovanni Van Bronckhorst decided to take a shot from around 25 yards to score a wondergoal and put Netherlands 1-0 against Uruguay in a game that ended 3-2 to the Netherlands.

A pass from Cesc Fàbregas is controlled by Andrés Iniesta and is hit brilliantly at Stekelenburg who is unable to save it. The game ends 1-0 to give Spain their long-awaited first World Cup.

Inspired by Maradonna, Saeed Al-Owairan runs past two players and dribbles past another two to give Saudi the only goal they need to win the game against Belgium. The 69m run by the attacker is definitely one of the greatest solo goals in World Cup History.

Tim Cahil equalised a minute after Van Persie Scores to make the score 1-1. A cross by McGowan is hit first time by Tim Cahill, pings off the top bar and goes past the Netherlands keeper. Sadly, the game ended 3-2 in favour of the Netherlands.

A tight 0-0 game between two amazing sides goes to extra time where Fabio Grosso curls the ball to the far left post to score the first goal of the game. The game ends 2-0 for Italy and they become Champions Of The World.

In a final full of goals between Brazil and Sweden, the 17-year-old wonderkid Pele showed the world a glimpse of the player he was going to be. He dribbles the ball over the defender’s head and hits it the first time to score one of the best goals the World Cup has ever seen! The game ended 5-2 for Brazil.

An end-to-end game full of offside drama and close calls goes to extra time where Mario Götze controls Schürrle’s cross with his chest and volleys it into the side netting to score the only goal of the game. The game ends 1-0 for Germany as they lift the World Cup in all of its glory.

Brilliant exchange of passes between Aguirre and Negrete is volleyed out of nowhere into the bottom corner of Bulgaria’s net. The game ends 2-0 in Mexico’s favour with a goal that will go down in football history.

A header from Aguilar into James Rodriguez is controlled and rocketed into the goal with one of the best-executed volleys you’ll ever see! The game ended 2-0 to Colombia with James scoring both goals.

In a tense game between the North American and South American teams, it needed an individual moment of brilliance to break the 1-1 draw. A cross from the midfield is controlled and half-volleyed spectacularly by Maxi Rodriguez into the top left corner to give Argentina the win.

Dikgacoi delivers a brilliant pass from midfield to Tshabalala who places the ball perfectly into the right corner where no keeper could ever save it! If the goal wasn’t enough, the South African team celebrated in a group dance while the nation roared around them.

Was it a cross? Was it a shot? We’ll never know for sure. What we do know is that Ronaldinho was known for magical moments and this goal was no different. A freekick from 40 yards away is converted into a goal to give Brazil the lead and end the game 2-1.

Is it a bird? Is it a plane? No! It’s Robin Van Persie. The Netherlands were out for revenge after the World Cup Final defeat in 2010 and after going down 1-0, Van Persie equalizes by scoring a cross from the midfield with a breathtaking leaping header that goes over Casillas’s head. The game ended 5-1 in a crushing defeat for the 2010 champions.

Arguably one of the most entertaining games in World Cup history also had some amazing goals. The best of those goals was the 57th-minute equaliser from Benjamin Pavard. A cross from Lucas Hernandez is sliced by Pavard from outside the box beautifully into the top left corner. The game ended 4-3 for France as they go on to win the 2018 World Cup.

A cross into the box from Frank de Boer is controlled beautifully by Bergkamp who then dummies Ayala and scores past Carlos Roa. A classic Bergkamp goal! The last-minute goal was enough to seal the win for the Netherlands as the game ends 2-1.

Maradona was known for his silky dribbling, but no goal exemplified this more than this one! He dribbles past 6 English players to give Argentina the lead. The goal was titled the goal of the century and for good reason!

Number one on our list is probably the most controversial moment in World Cup history! In the same game that Diego Maradona scored the goal of the century, he scored the goal that would win Argentina the World Cup but would taint his career forever.