Arsenal have reportedly “explored” the possibility of signing Lazio’s Sergej Milinkovic-Savic as their latest central midfielder target, according to Corriere dello Sport.

The 27-year-old has been heavily linked with a move to a number of Europe’s top clubs, leaving him to enjoy a successful seven-year tenure in Rome so far. 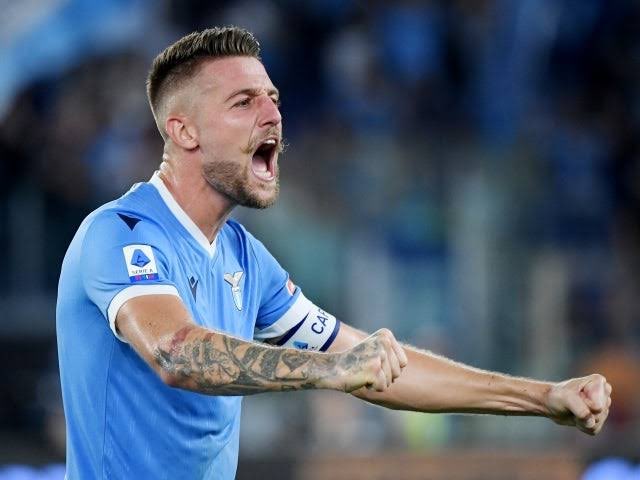 Arsenal are said to be interested in bolstering their midfield this summer, with the likes of Leicester City midfielder Youri Tielemans being heavily linked with a move to the Gunners.

Wolverhampton Wanderers’ Ruben Neves is also wanted by the north Londoners, but Corriere dello Sport are reporting that manager Mikel Arteta is said to be readying an offer for Lazio’s Milinkovic-Savic during the ongoing transfer window.

The report adds apparent interest from fellow English side Newcastle United, but that the Serbian is set to snub interest from the pair due to his interest in joining a ‘top’ club instead.

The Gunners are set to bid around £42m for Milinkovic-Savic, but the Italian outfit are said to be holding out for a fee of around £55m for their key playmaker, who has two years left on his contract with the Serie A side.