The 22-year-old has been in sensational form for the Eagles this season, scoring 34 times and providing six assists in 40 appearances.

He still has more than three years remaining on his contract with the Portuguese giants but the club are unlikely to be able to keep hold of him during the upcoming transfer window. 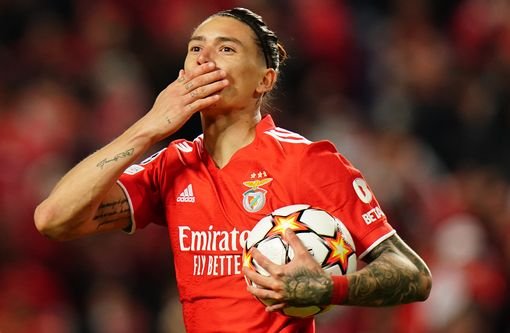 Various leading European clubs have been linked with the Uruguay international, with Manchester United believed to be among the number one favourites for his signature.

According to Almeida, the Red Devils are now closing in on a deal for the youngster, with the 20-time English champions placing an offer of €80m on the table.

Manchester United closer and closer to securing the signing of Darwin #Nunez from Benfica. 🇺🇾🔴 #MUFC

The English club presented an offer of €80M for the player to Benfica. #Transfers https://t.co/8mcjlPtgow

United might be in the market for a couple of new forwards, and the Uruguayan is reportedly set to move to Old Trafford.

Nunez has contributed 48 goals and 16 assists in 84 appearances for Benfica since arriving from Almeria in September 2020.