Arsenal and West Ham United could reportedly slug it out for the Palmeiras midfielder Danilo before the January 31 deadline.

The 20-year-old Brazilian has enjoyed an impressive campaign last season, contributing four goals and three assists in 49 appearances across all competitions. 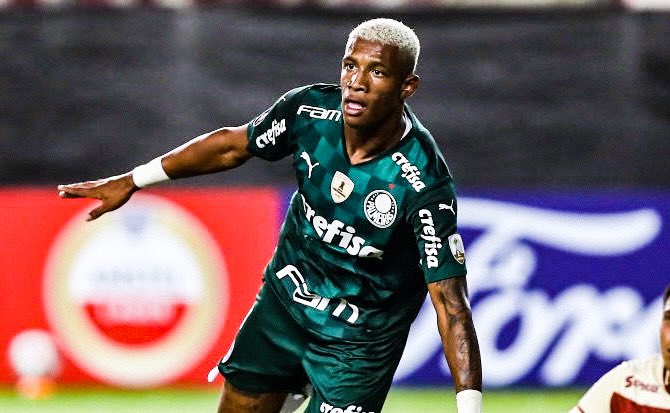 According to R7, the Gunners have lodged a €20m bid with another €5m in bonuses to sign Danilo this month.

The Hammers, meanwhile, have ‘probed the conditions’ to sign the youngster in January, but they are yet to have placed a bid.

The north Londoners are believed to have identified the Brazilian as a short-term replacement for Thomas Partey, who is currently plying his trade with Ghana for the Africa Cup of Nations.

West Ham boss David Moyes is looking to strengthen his squad in the mid-season, with Danilo one of a number of targets who they are closely monitoring.

Danilo is under contract with Palmeiras until December 2025.