Lyon midfielder Memphis Depay is reportedly the subject of interest from Paris Saint-Germain.

Depay’s contract with Les Gones is due to expire at the end of June, and Barca coach Ronald Koeman is said to be determined to bring him to Camp Nou this summer.

However, according to Le Parisien, PSG boss Mauricio Pochettino impressed by the Dutchman’s performances this season. 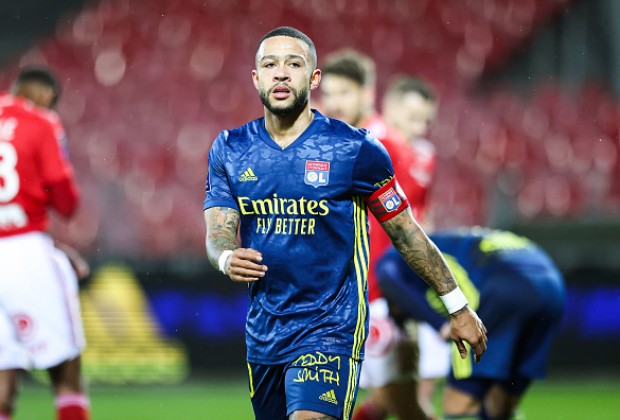 He has again been in scintillating form at club level in 2020-21, contributing 15 goals in 30 appearances in all competitions, including 14 goals in 29 Ligue 1 matches.

Lyon president Jean-Michel Aulas recently said that he is still hopeful of convincing the 27-year-old to sign a new contract at the Groupama Stadium.

Memphis has scored 69 goals and provided 52 assists in 168 appearances for Lyon since his move from Manchester United in 2017.