Inter Milan and Arsenal could reportedly slug it out over the summer for the Atletico Madrid midfielder Thomas Partey.

The Ghana international, who has a £45m release clause in his contract, is attracting interest most notably from the Gunners. 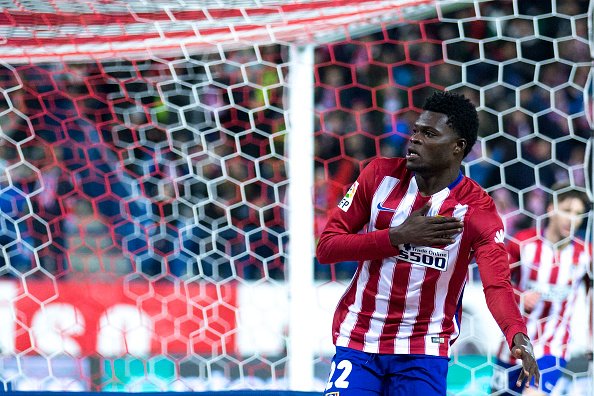 However, with the Premier League giants having so far failed to follow up initial discussions, it remains uncertain whether they will make a bid for the 27-year-old forward.

According to Gazzetta dello Sport, Inter are monitoring the situation ahead of a potential approach for the frontman.

Although Inter boss Antonio Conte is an admirer of Chelsea’s N’Golo Kante, the Italian giants would be able to sign Partey for a lower fee.

Inter are allegedly open to parting ways with Marcelo Brozovic, despite the Croatian having racked up 45 appearances last season.