Tottenham Hotspur have reportedly taken the lead in the race to sign Bournemouth striker Callum Wilson.

The England international has scored nine goals in 38 appearances for the Cherries this season, including eight times in the English top flight. 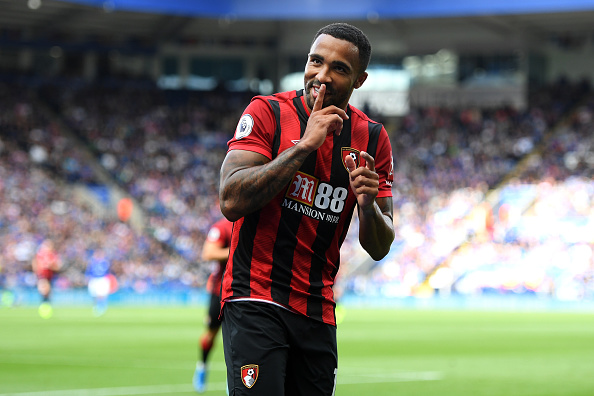 Eddie Howe’s side have been relegated from the Premier League on Sunday, and according to The Sun, the 28-year-old forward could be available for as little as £10million in this summer’s transfer window.

The report adds that Spurs are at the head of the queue to sign the centre-forward, who is widely expected to leave the Vitality Stadium.

The Lilywhites are allegedly keen to sign competition for Harry Kane ahead of the 2020-21 campaign, with the north Londoners struggling for experienced options in the final third of the pitch.

Jose Mourinho’s season has certainly been a disappointing one, with no Champions League football next season.