Chelsea have reportedly outlined their intentions to move for Barcelona’s Marc-Andre ter Stegen in their search for a new experienced goalkeeper.

The Blues are rumoured to be on the lookout for a new stopper who could replace Kepa Arrizabalaga following his poor displays at the Stamford Bridge.

Manuel Neuer of Bayern Munich and Atletico Madrid’s Jan Oblak are both have already been touted as possible targets, but Mundo Deportivo claims that Ter Stegen is in the top of Frank Lampard’s wishlist ahead of the summer transfer window. 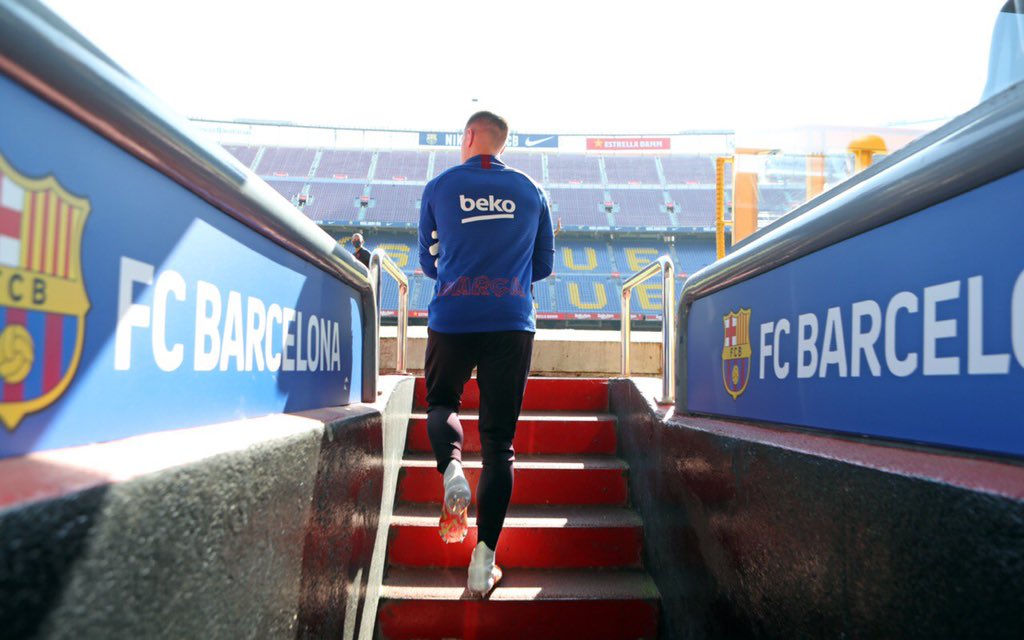 The west Londoners are said to be closely monitoring Ter Stegen’s talks with the Catalan giants over a new deal, with his existing terms due to expire until at the end of next season.

The 28-year-old Germany international has established himself as one of football’s elite goalkeepers with a series of impressive performances for the Spanish champions, whom he joined from Borussia Mochengladbach in 2014.

Chelsea have already spent heavily this year to bring in Hakim Ziyech and Timo Werner, but the report suggests that the Stamford Bridge outfit are willing to splash out even more if it means landing a veteran stopper.