Juventus centre-back Matthijs de Ligt has reportedly emerged as a surprise transfer target for Manchester United, according to The Daily Star.

The Red Devils are considering a surprise move to sign the Netherlands international this summer following his muted first season in Turin. 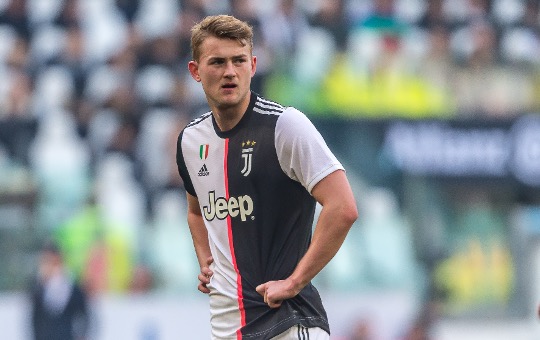 It is understood, United were interested in a deal to sign the Dutchman last summer but opted against being dragged into a bidding war with the likes of Barcelona and Juventus.

The 20-time English champions believe De Ligt is an ideal target following his poor debut campaign in the Serie A top flight.

The Premier League giants reckon a deal could be struck that would see the centre-back move to Old Trafford and Paul Pogba head in the other direction.

De Ligt chalked up two goals in 20 Serie A appearances this season.

Ole Gunnar Solskjaer’s side already have the world’s most expensive defender in their squad after they signed Harry Maguire in an £80m deal last summer.