AC Milan have reportedly taken the lead in the race to sign Dani Olmo from Dinamo Zagreb.

Having starred for the Croatian outfit, the 21-year-old midfielder has inevitably been linked with a number of European football’s elite clubs.

While the La Liga champions Barcelona are said to have withdrawn their interest, the likes of Manchester United and Chelsea have reportedly been considering an approach for the Spain Under-21 international. 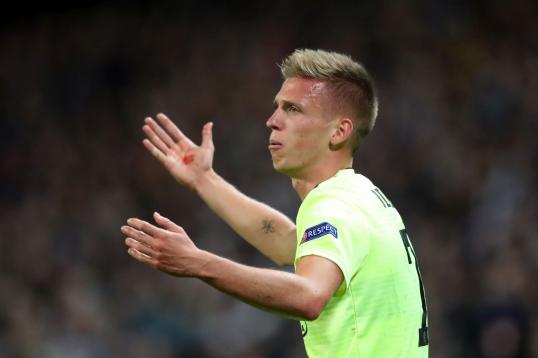 However, according to reports in Spain via Mail, Serie A giants Milan are prepared to pay £26m in order to win the race for Olmo’s signature.

With just 18 months left to his contract, the Croatian club are in a position where they need to consider bids for one of their assets.

Olmo scored two goals and registered an assist in the Champions League group stages this term.