We now live in a world where people play FIFA as a full-time job and this pursuit is making several leading players rich and famous. Last year’s FIFA Global Series was deemed to be a roaring success and developer EA Sports is doubling down on it in 2019. Prize pools are rising, big football clubs are investing in it and this nascent industry is soaring, while the game is constantly improving. Fans can look forward to more cups, a revamped means of competing online and a new and improved ecosystem this year as FIFA bids for global domination. These are the leading gamers to watch in 2019: 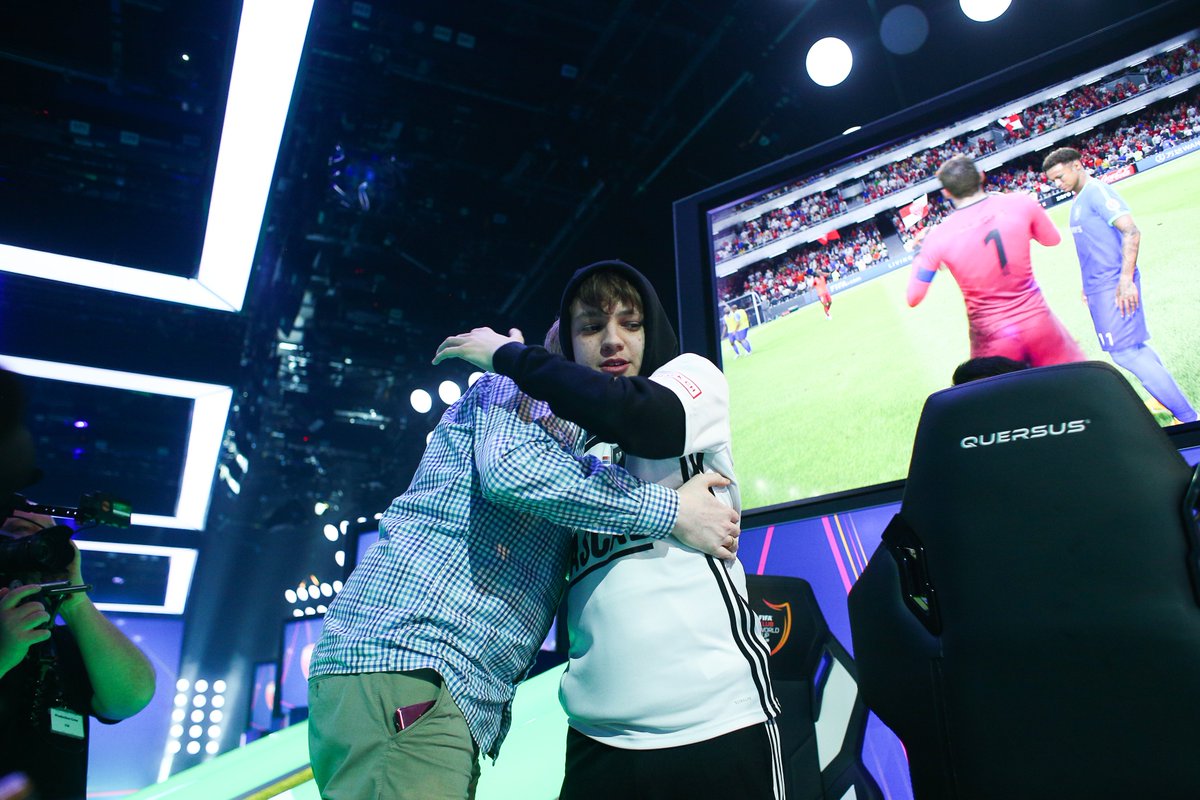 Teenage sensation Donovan Hunt, better known as F2Tekkz, has enjoyed a whirlwind 12 months and established himself as the top-ranked Xbox player in the world. He announced himself in January 2018, aged 16, with a stunning victory at the FUT Champions Cup in Barcelona, describing it as the “best day of my life”.

Since then he has not looked back, seizing the FIFA eClub World Cup, the PGL FIFA Cup and the FUT Champions Cup again in November. It leaves the British youngster well out in front as the number one in the global FIFA Xbox rankings, with almost three times as many points as his closest competitor and a larger points haul than any PlayStation players. He has already racked up more than half a million social media followers and his stream is full of bravado. He has met Steven Gerrard and Kaka and played FIFA against Raheem Sterling, and he is well on the way to becoming a fully-fledged celebrity.

Best day of my life. The fact people are taking pictures with me is overwhelming. I took pictures with everyone who asked. I also delayed all the interviews until after the final so I can concentrate fully. Spent hours after I won doing interviews for everyone that asked. ❤

F2Tekkz has reached the semi-finals of his last few tournaments, making him the only player to reach that stage each time, but he has failed to add to his trophy cabinet. That has simply made him hungrier for success and he is expected to be among the superstars of the FIFA esports circuit this year.

Mosaad Aldossary found himself hobnobbing with Luka Modric, Sergio Ramos and Cristiano Ronaldo at The Best FIFA Football Awards in September 2018. The Saudi Arabian superstar donned a black tie and tux and lapped up the acclaim, while chatting to a host of professional players about their love of FIFA, from Thibaut Courtois to N’Golo Kante.

It was all a reward for being crowned the EA Sports FIFA 18 eWorld Cup champion, seizing the biggest trophy of the year. He secured a strong 4-0 aggregate victory over rival StefanoPinna in the two-legged final at the O2 Arena in London, earning a $250,000 prize purse and global stardom. A field of 20 million players took part in qualifying for this tournament, so to be crowned the champion was a significant achievement, and MSdossary7 was back with another win at the FUT Champions Cup, beating F2Tekkz 4-3 in a tense final. He then went into the Grand Final against PlayStation champion Nicolas99FC and picked up an 8-3 win.

He is now second in the Xbox world rankings, and he will have his sights set on overhauling F2Tekkz in 2019. Many sites offer FIFA esports betting odds and you will typically see MSdossary7 as the clear favourite due to the way he controls games and attacks with menace.

The Argentinian shrugged off the disappointment of that defeat to MSdossary7 by emerging triumphant in the Gfinity FIFA Series in January last month. He surged past WolvesFifilza and M10 Ustun before picking up a 3-1 aggregate victory over Dutch rival Lev Vinken in the PlayStation final. That saw him through to the Grand Final, where he locked horns with Xbox victor M10 Resende and he prevailed, becoming the first PlayStation player to beat an Xbox gamer in the cross-console final. He is also the first back-to-back PS4 champion in the FIFA 19 Global Series and he has consolidated his position at the top of the global PlayStation FIFA rankings, with more points than any other FIFA player apart from F2Tekkz. Nicolas99FC is nicknamed The Iceman and if he displays more of his customary cool under pressure he could start giving the Xbox stars sleepless nights in 2019.

The Belgian is one of the highest earning FIFA esports stars of all time and he is currently second in the PlayStation rankings after Nicolas99FC. He was the PlayStation champion at the 2018 eWorld Cup, beating top players like Agge and Mo_Aubameyang, but he ultimately fell short against Xbox champion MSdossary7.

Yet that is nothing to be ashamed of, as Xbox stars have dominated the cross console finals, although the tide may now be turning after Nicolas99FC’s famous win in January. Pinna, who plays for PSV Eindhoven’s esports team, now has his sights set on winning a major tournament in 2019 and he now has the experience of playing in a big final that will help him to flourish in this supremely competitive world.

The 16-year-old German became the youngest ever FUT Cup winner when he defeated countryman Hasoo in the cross console final in January. He vanquished all fellow Xbox players en route to glory, as the likes of F2Tekkz fell by the wayside. DullenMike is only the third player to ever win an FUT Cup, so he joins very exalted company in the form of Msdossary and F2Tekkz. No German had ever won a FIFA tournament before, so he is already becoming a big deal in his homeland and further afield. His real name is Dylan Neuhausen, but his friends call him Dullen and his cat is called Mike, hence the name. He first played FIFA 13 and became hooked on the exciting gameplay, and he has barely stopped playing since then. His Twitter profile exploded after his win last month, and even his teachers at school watched the tournament and congratulated him, so he can soon devote himself full-time to playing FIFA and that is a terrifying prospect for his rivals. Expect him to be in the mix at all the big tournaments in 2019 and beyond.