You won’t be surprised to know that when you see Germany sit right among the top bookies favourites for the World Cup. The fact that they are Germany and the archetypal ‘tournament team’ is probably enough for most punters to place a bet, but the form books show that the confidence in Die Mannschaft is well placed. The holders breezed through qualifying with ten wins out of ten (scoring 43 and conceding just four) and tasted success in the Confederations Cup on Russian soil last summer, at the same time as their under-21s swept to glory in the European Championships in Poland.

Germany’s squad is strong enough that Mario Gotze, Andre Schurrle and, most surprisingly, Leroy Sane all failed to make the cut and Joachim Low has reached at least the semi-final stage of all five major tournaments he’s been in charge for so far. It all points to a very impressive pedigree indeed. Even the number-crunchers at Commerzbank think they’ll win.

Retaining their title is a possibility, therefore, but it’s far from inevitable. Indeed, nobody has won back-to-back World Cups since Brazil in 1962. If that streak is to stand, who can stop Germany?

Germany sit in Group G and the test awaiting them is far from straightforward. The first match against Mexico is probably the trickiest of the three, with their opponents reaching the second round at each of the last six consecutive tournaments. Wide attacker Hirving Lozano’s pace could easily trouble the German back line in that opening game and the PSV man comes into the tournament in good form, after 17 goals in an Eredivisie title-winning campaign.

While Sweden and South Korea should pose less of a threat, failure to win that first game could put pressure on Germany, and they’ll be acutely aware of the fact that finishing second is likely to lead to a round of 16 clash with Brazil.

The favourites to fear

Still, Germany should have enough quality to emerge from the group and reach the business end of the competition. Which of the other ‘favourites’ should they fear most if they get there?

Germany’s rivals might all be buoyed by recent friendly results. After qualifying, Low’s men faced England, France, Spain and Brazil in their next four matches and won none of them, drawing the first three and losing 1-0 to Brazil.

Friendlies can be deceptive, however, and Germany did only draw with Poland and Cameroon in the build-up to Brazil four year ago.

Still, the likes of Brazil, Spain, France and Argentina could all surely pose a serious test to the champions’ credentials this summer. Brazil would be out for revenge for their 7-1 home humiliation in the semi-final and in Neymar, they have in their ranks the sort of individual superstar that might be said to be lacking in Germany’s ranks. Brazil’s South American rivals Argentina would also have vengeance on their minds after losing 2014 final to Germany and have even more firepower at their disposal. If Jorge Sampaoli can find a formula to get the best out of the likes of Messi, Aguero, Higuain and Dybala then no team is safe in Russia. 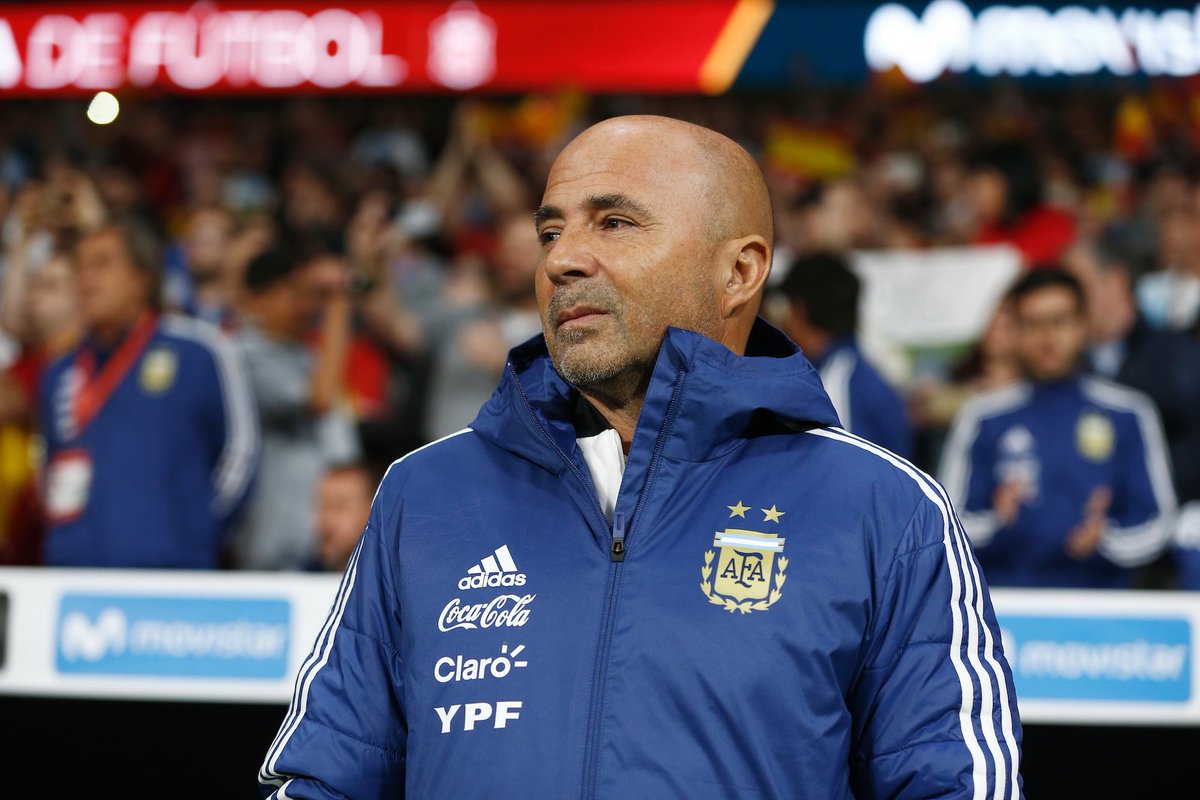 Conventional wisdom suggests that a European team should prosper on Russian soil – and that might point to Spain and France being key contenders to take Germany’s crown. The French knocked Germany out of Euro 2016 and are arguably in even better shape this time around. Spain, meanwhile, seem to have recovered their form, and in David Silva, Andres Iniesta, Sergio Busquets, Isco, Thiago Alcantara, Saul Niguez and Koke, La Roja have surely got the strongest array of midfielders at their disposal in the tournament. If the midfield truly is the place where big games are won and lost, then Julen Lopetegui’s men will be a good bet to take the trophy home.

If Germany are going to win back-to-back World Cups, therefore, they are going to have to earn it – with a tough opening game and a crowded field of well-matched rivals. You’d be foolish to write them off but equally mistaken to presume this will be straightforward. One thing is for sure, the ingredients are certainly in place for a high-quality competition come June 14.