Marcus Rashford started Manchester United’s Premier League match with Liverpool earlier this season on the bench, leading to many fans questioning the decision of Jose Mourinho.

The England international was left out, with Anthony Martial getting the nod in the starting XI, supporting Romelu Lukaku in the attack.  Manchester United did not do a great deal of attacking in the game but it was a surprise to see Rashford did not start the match, especially considering his work-rate.

The shock that the then 19-year-old was not named in the starting line-up highlights how far he has come in the past two years.  The man selected in his place was a £36 million French international but that did not stop onlookers wanting to now Mourinho’s thinking behind the decision.

Mourinho revealed after the match Rashford was carrying an injury from international duty and that was the reason he did not start the game.  When he was eventually introduced on 65 minutes, the pattern of the match forced Rashford to think more about his defensive duties than hurting the opposition. 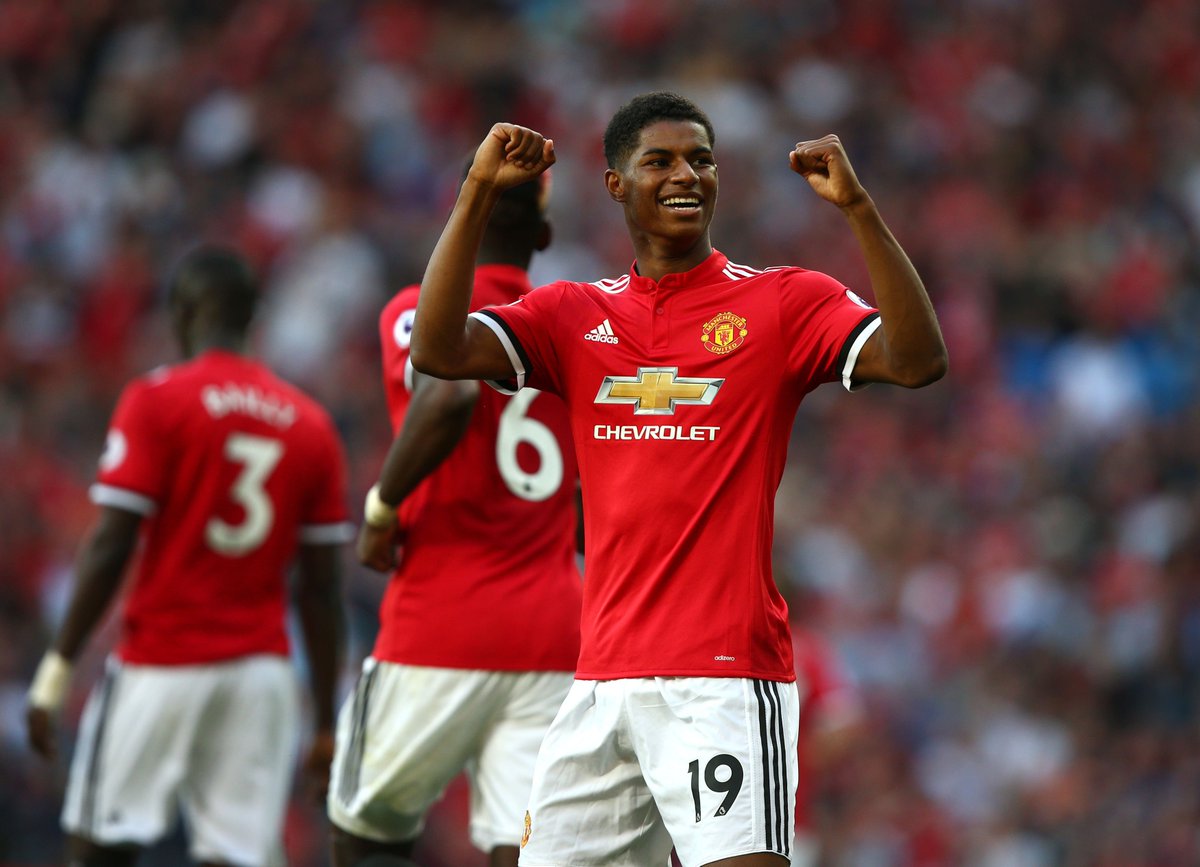 Not that Rashford is one to hide away from hard work and tracking back, the forward has proved he is more than happy to work hard for the team.  Think back to the match between Liverpool and Manchester United at Anfield last season and Rashford started that match, which also finished 0-0.

While Rashford’s attacking prowess is not in question, it was his work rate and willingness to get back and help in defensive situations which stood out.  It was certainly not a performance Rashford will be remembered for when fans look back on his career at Old Trafford but it embodies what the player and man is about.

Rashford turned 20 on the 31st October and it’s fair to say he has developed from being a boy to a man in terms of his football career over the last two years.

There is no doubting Rashford’s ability.  This is a forward who has pace and the skill to beat his man with ease in one-on-one situations.  He is also dangerous from free-kicks and has proven his worth as a set-piece taker for Manchester United, with the vital goal he scored against Celta Vigo in the semi-final of the Europa League last season.

There’s an argument Rashford can be better coming off the bench and he has looked devastating for Manchester United when entering the game as a substitute this season, especially when they have been looking for goals.

However, to succeed in the modern game takes more than ability alone and with the media spotlight shining stronger than ever before, everything a player does, both on and off the pitch is magnified.  When playing for England the magnification is multiplied by the English media and playing for the Three Lions can make or break players.

Rashford has already shown, in two different games, why he has both the ability and mentality to succeed on the biggest stage of all.  The 2018 World Cup finals in Russia.

Daniel Sturridge took all the plaudits when England came back from 1-0 to defeat Wales 2-1 in a crucial group game at the 2016 European Championship.  The Liverpool striker scored the winning goal but it was the introduction of Rashford in the 73rd minute, becoming the youngest player to represent England at the European Championship, which made the difference that day.

Chris Gunter was looking comfortable against Raheem Sterling but Rashford made the experienced defender look uncomfortable and he exposed the full-back more than once.  Wales were pushed onto the back foot and Rashford entered the game with one thought on his mind, which was how he was going to win the match for England.  His ability and willingness to take on and beat his man was there for the world to see.

Rashford had nothing to lose when entered that match against Wales in France.  England needed to win and no one would have thought anything of it if he had been caught upfield while Wales made a break.

However, the focus of the camera was very much on the Manchester United man when he started against Slovakia in the World Cup qualifier in September.

England’s place in the finals was not secure at this stage and Rashford was given the opportunity to impress from the start, with Sterling dropped to the bench.  Perhaps it was this eagerness to impress which led to Rashford’s mistake and Slovakia’s goal.

In an attempt to lead an England break from inside his own half, Rashford lost possession attempting to beat a couple of players and Slovakia took advantage to open the scoring after only 3 minutes of the game.

Wembley can be a horrible place for England players when things are not going well due to the lack of support and this was the worst possible start for England and Rashford.  Even for the most experienced player, a mistake like that is hard to come back from when playing for England. 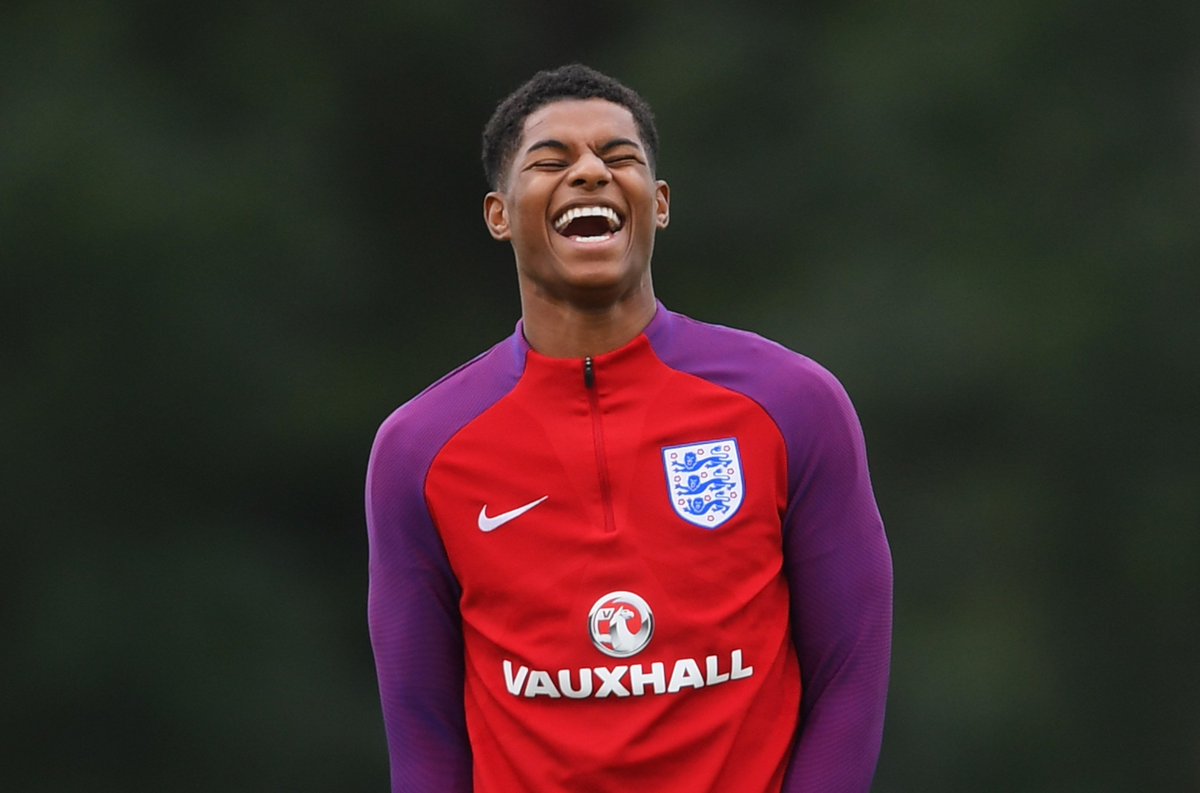 Some critics have blamed the lack of support at Wembley on high ticket prices – many games recently have had tens of thousands of seats empty. It looks likely the FA will not be reducing prices, so the only alternative is to add more money to your pocket yourself.

Given Rashford’s poor start he could have gone into hiding for the remainder of the match at Wembley, playing only not to make another mistake in the hope his original error would be glossed over by his teammates.

What happened was the complete opposite and Rashford delivered a match-winning performance.

He picked up the ball at every opportunity and ran at the Slovakia defence with pace and determination.  His quick thinking at a corner led to England’s equaliser and it was Rashford himself who scored the winning goal, with a lovely strike into the corner just before the hour mark.

With eight minutes left on the clock, Rashford was substituted and received a fantastic ovation from the England fans.  He didn’t shirk his responsibilities, even in the highly pressured environment of playing for England.

Rashford used his mistake to push himself further and produce one his best displays, not just in an England shirt but in his career.

This is a young forward who is proven to have the ability and mentality to reach the top of the game.  Currently operating from a wide position, his future could be as a striker, with comparisons already being made to Thierry Henry.

With Manchester United getting back to their best under Mourinho and a major international tournament just around the corner, Marcus Rashford has the world at his feet.