With 110 minutes on the clock, Angel Di Maria went on a mazy run down the left side of the pitch, cutting into the box and taking out two Atletico Madrid defenders. He unleashed a shot with the outside of his boot, only for goalkeeper Thibaut Courtois to save the attempt on goal. But the ball ricocheted upwards perfectly for an on-running Gareth Bale to head home and give Real Madrid the lead.

Los Blancos went on to win the game 4-1. That match was the Champions League final in 2014, Gareth Bale’s first season with the club after signing from Tottenham for a then world-record £87m deal. It was Madrid’s first Champions League trophy since 2002. And it was the perfect end to a debut season for the Welshman. 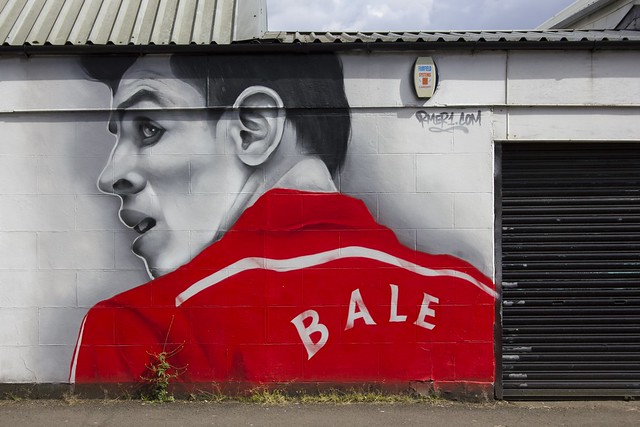 Bale’s first season in Madrid not only ended with a Champions League medal; the then 24-year-old scored 21 goals and provided 16 assists in 32 La Liga and European starts. The heir to Cristiano Ronaldo’s throne was here.

The buzz around Gareth Bale was at an all-time high, and he looked set to be a fan favourite for many years to come. With Ronaldo on the left, Bale playing from the right, and Karim Benzema as the focal point, Madrid possessed one of the deadliest attacks in Europe. Power, poise, and pace.

Unfortunately for Bale, the rest of his time in Spain has featured injuries and setbacks. He started in Madrid’s 2016 Champions League win, going on to score one of the decisive penalties, but only featured on the bench for their latest triumph – the 2017 Champions League win over Juventus.

He only managed 17 starts in the 2016/17 season and has just four to his name this season. Now 29 years old, the Welsh legend is no longer the future, with that label firmly attached to Marco Asensio.

One theme that repeats itself every transfer window is Gareth Bale’s name linked with the biggest Premier League clubs. No matter how many times he states his intent to stay at Madrid, the press finds a way to link him with a move back to England.

This time, however, it might be the right moment to return to the Premier League. His career has veered off track in Spain, and a new club in a league that he knows well might provide the ingredients to get back to doing what he does best.

Not short of suitors

You can argue that Madrid no longer need Bale either. Despite a few rocky performances this season, Asensio and Isco have cemented their place in the team, and Madrid will surely spend a large chunk of money in the next two windows.

There are realistically three teams where Bale could end up in England, and Manchester United are most suited to his talents. They’re crying out for a genuine wide player, and a failed attempt for Ivan Perisic in the summer suggests they are well aware of their shortcomings.

Bale will be 30 years old at the end of this season. His next decision will be one of the biggest of his career. He’s still in his prime and the next three years might see him deliver some of his best football. But perhaps a new setting is what Bale needs to make that happen.