Huddersfield are proving that a fearless mentality and a positive manager can be the perfect ingredient for Premier League success.

Supporters of Huddersfield Town A.F.C had to wait 45 long years for their club to reach the dizzy heights of the top division once again. And having achieved the almost impossible last season, beating a number of higher-profile clubs and big spenders to promotion, David Wagner’s men have taken to Premier League football like ducks to water. 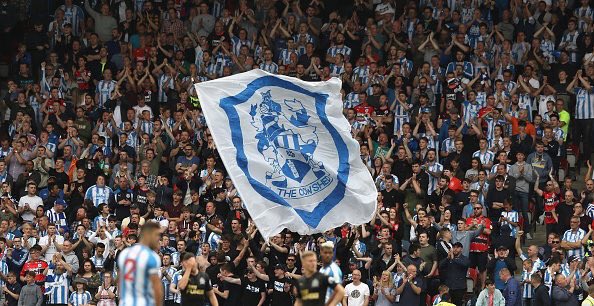 Just one defeat, a 2-0 loss to West Ham United, and nine points from a possible 18 sees the Terriers, at the time of writing, sitting comfortably in the seventh position in the table after six matches. Another 31 points or a point or so per game from their remaining 32 matches should prove sufficient to secure another lucrative season of Premier League football. Obviously, there is still a long long way to go, but the early signs are promising for Wagner and his charges. Labelled many people’s favourites for an immediate return to the Championship, life has never been so good for the vast majority of Huddersfield Town supporters.

A number of so-called unfashionable clubs have achieved promotion to the big time over the years and many have made the mistake of being too sentimental and relying too heavily on the squad that took them there. Chairman and owner Dean Hoyle proved during a busy offseason that Huddersfield would not, at least for the want of trying, be falling into that same trap as he welcomed nine new players through the doors of the John Smith’s Stadium.

Six times the club smashed its previous transfer record prior to the window slamming shut on August 31st. Hoyle, with a huge display of confidence in his highly-rated manager, sanctioned a spending spree of just short of £50 million, including the arrival of Belgian forward Laurent Depoitre, the permanent acquisitions of last season’s outstanding player Aaron Mooy for an initial £8 million from Manchester City and Elias Kachunga from German outfit Ingolstadt, the exciting Tom Ince from Derby County and Benin international Steve Mounie from Montpellier for a club record high fee of £11.5 million.

Style as Well As Substance

The Terriers kicked off their first-ever Premier League campaign with a trip to Frank de Boer’s Crystal Palace, Wagner fielding seven of his new signings. And boy did they respond. A thumping 3-0 win over the Selhurst Park club provided a dream start for the traveling supporters with the team showing no fear and Mounie proving a constant threat with two goals to cap a memorable day. The team followed it up with a narrow but satisfying 1-0 win over fellow new boys Newcastle in their debut home match in the top flight courtesy of Mooy’s superb solitary second-half strike to make it maximum points from their opening two fixtures. 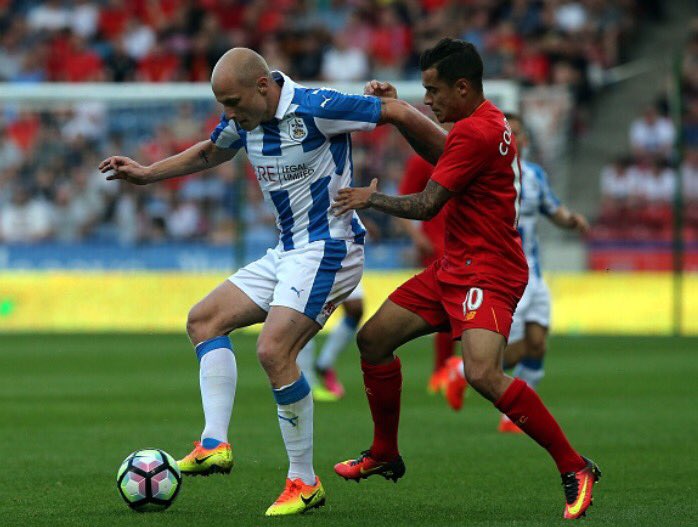 A dominant performance and a third successive clean sheet at home to Southampton failed to yield more than a single point before two late goals from West Ham after the international break saw the Terriers slip to their only league defeat to date at the London Stadium. An impressive home win over 2015/16 champions Leicester City looked to be on the cards at the John Smith’s Stadium in mid-September when Depoitre put the home team one up with a crisp finish just after the break, only for England striker Jamie Vardy to drag the Foxes level from the spot barely five minutes later. And last Saturday, Wagner’s team returned home from Burnley with a hard-earned point, no mean feat given Sean Dyche’s Clarets lost only six matches from 19 at home last season.

No Fear the Mantra for Wagner

Despite their tag as one of the favourites for relegation, Wagner, Jurgen Klopp’s former Dortmund colleague, has shown in the opening six matches of the campaign that Huddersfield will not be timid and respect their opponents too highly. The German has set his team up to be stingy in defence with fellow countryman Christopher Schindler superb thus far, while Mooy orchestrates the play in front of the back four allowing the likes of Ince and Kachunga to attack with real pace and purpose on the break. Like Klopp, he also implores his men to recover possession of the football as quickly as possible, encouraging a high tempo pressing game which has caught a number of their rivals by surprise already.

In addition, that statistic of just three goals conceded in six matches with four clean sheets already is something Wagner, and the fans, will be immensely proud of. Inevitably there will be tougher tests to come, with Huddersfield set to face Tottenham, Manchester United and Liverpool before October’s end. But if they can replicate Burnley’s impressive home form of last season and start finding the net with increased regularity, that much-vaunted threshold of 40 points will be easily within reach before next May.

Huddersfield are almost certainly incapable of repeating Leicester City’s fairytale title triumph of 2016, but that is not the target for this hard-working and organised group. Survival is the main objective. Anything more would be a fairytale in itself for the Terriers’ faithful fan base.